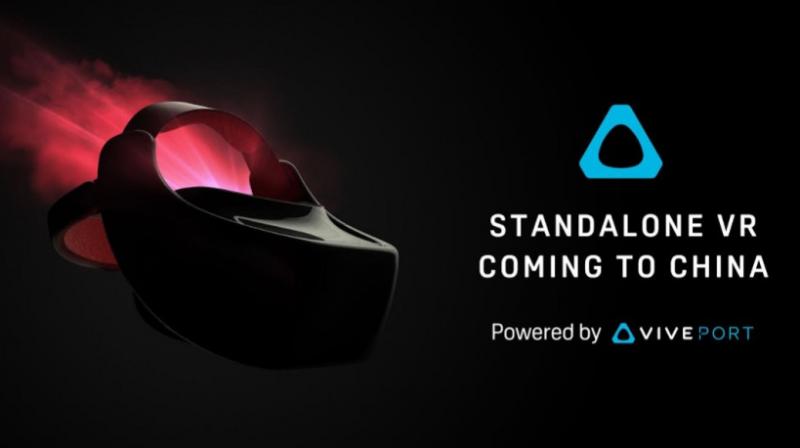 HTC's teaser for the 'standalone VR coming to China

HTC has announced its preparation for a new Vive Standalone VR headset with no wires for the Chinese market at China’s biggest gaming event in Shanghai, targeting a “broader audience [looking] for an affordable virtual reality experience.”

The device will be powered by a Qualcomm Snapdragon 835 processor and supports HTC’s store Viveport for apps.

“China is the leading mobile market in the world today, and has the momentum to lead the global VR market as well,” said Alvin Graylin, China regional president of Vive at HTC, in a statement. “Partnering with Qualcomm to deliver an easy to use and more affordable Vive VR system will enable us to make premium standalone VR widely accessible to the masses in China.”

“Snapdragon 835 is designed to deliver superior VR experiences without the need for wires or a separate PC,” added Hugo Swart, senior director of product management at Qualcomm. “We are thrilled to work with HTC’s Vive team as they utilize our rich feature set to create exciting, new VR experiences in the first truly mobile VR headset of the Vive ecosystem.”

The announcement about a “wireless and an affordable” VR headset comes days after reports revealed Facebook-owned Oculus plans on unveiling a similar headset amid great competition from rivals such as Sony and HTC.

Similar to the HTC’s announced version of the new headset, sources had cited Oculus new headset need not be tethered to a PC or phone.

While the price of HTC’s new VR has been confirmed yet, according to sources cited by Bloomberg technology in its report, the Oculus headset may cost not more than $200 (approximately Rs12,855). We expect the cost HTC’s new VR headset to be less than the revealed Oculus price.