The iBall CompBook Netizen is India’s first laptop with this feature and it’s priced at Rs 19,999. 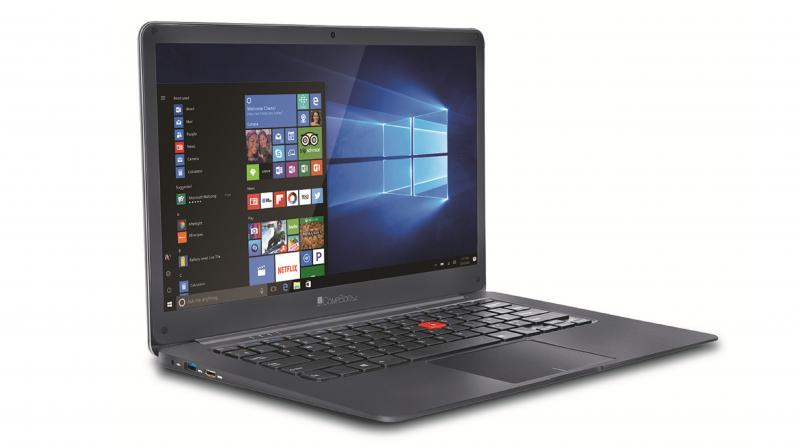 The Compbook houses a 4G SIM card slot along with 5000mAh battery.

iBall launches the CompBook Netizen – ACPC with built-in 4G LTE connectivity to carry out business and professional chores. iBall CompBook Netizen sports a 14-inch FHD IPS multi-touch display with 1920 x1018 pixel resolution that is powered by an Intel N3350 dual-core processor with processing speed of up to 2.4GHz and 4GB DDR3 RAM. Enabling multitasking and productivity, it has the in-built storage up to 64GB, which is further expandable with a microSD card up to 128GB and a separate 7mm expansion slot that can be used for installing a hard disk or SSD.

The Compbook houses a 4G SIM card slot along with 5000mAh battery supporting longer hours of working with faster operation. The iBall CompBook Netizen runs on Windows 10 and comes with several connectivity options which include LAN, Bluetooth 4.0, and Wi-Fi in addition to being 4G capable. The laptop also has a USB 3.0 port, HDMI port and two USB 2.0 ports.

Available in the shade of Metallic Grey, the product is exclusively available with Shopclues.com and priced at Rs 19,999.