Both the mini projectors claim to be extremely portable and compact. 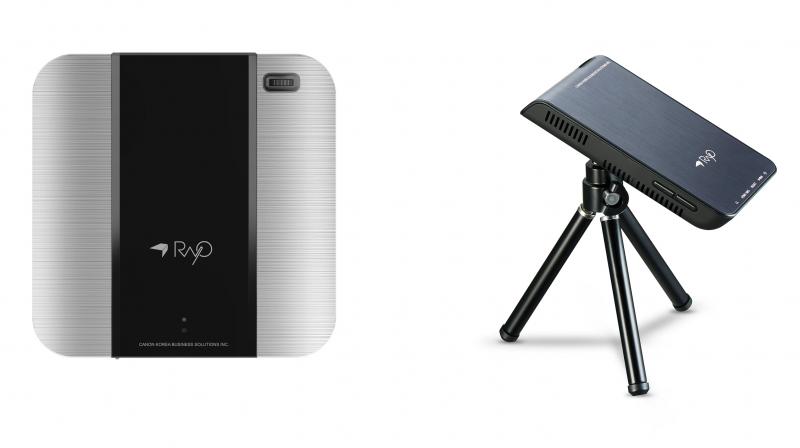 Canon unveils two Rayo Mini projectors named – Rayo i5 and Rayo R4, and both of them are considered to be company's flagship models. They claim to be compact, lightweight, and highly portable to carry around.

Weighing 260g, the RAYO i5 has a wireless feature, where users can share content from Android/iOS devices through Mirroring/DLNA technology. The projector offers a continuous brightness at 100 ANSI lm; with an imaging output with WVGA 854 x 480 resolution and in an aspect ratio of 16:9.

The Rayo R4 projects directly from mobile phones/tablets through connectivity with MHL cable and offers a brightness of 50 ANSI lm; with an imaging output with VGA 640x480 resolution and in a 4:3 aspect ratio. It is also light-weighted with 169g when compared with the i5. Both the projectors also come with height adjustable mini tripod.

Both R4 and i5 come with built-in speakers, where the R4 is equipped with a 1W speaker and the latter with a 1.4W (0.7x2W) speaker. It also features 3.5mm audio jack support.