Bluetooth is the most used format for streaming music wirelessly to a speaker. 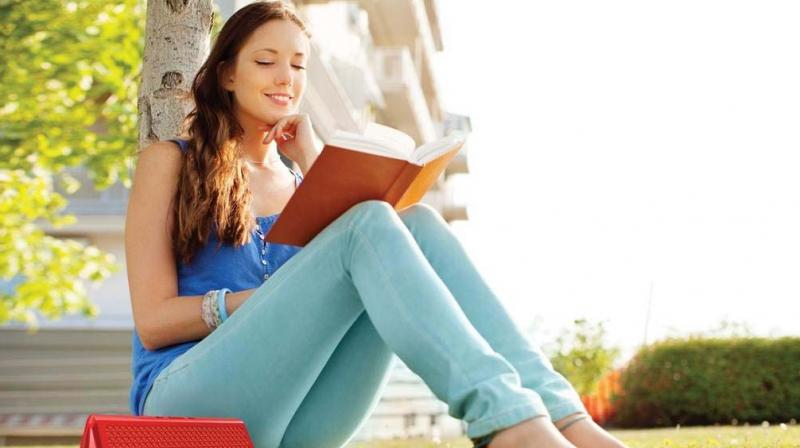 Apple has its own wireless technology known as Airplay and the quality is superior to Bluetooth, but it rides over an existing WiFi network.

Three years ago, a reviewer in the gadget website Gizmodo, began a survey of wireless speakers like this: “Your average, portable Bluetooth speaker is garbage — the crap to quality ratio in the category, is absurd!” Things have improved vastly since then and the convenience of  untethering your speaker,  no longer involves a compromise on music quality, or at least not much.

Bluetooth is the most used  format for streaming music wirelessly to a speaker. And since it is available on almost all devices — mobile phone, PC, laptop, tablet, MP3 player — you can source your music from almost anywhere. Connecting to it is easy — you just ‘pair’ the  speaker to source with a couple of clicks and can take it up to 10 metres away, without loss of signal.

There is just one downside:  In order to wirelessly transport the audio signal, Bluetooth, compresses it —and in the process, some quality is lost. Hardcore music audiophiles will still connect player to speaker with a physical cable, using  the AUX or 3.5mm port at both ends. But for most of us, the convenience of unwiring our speaker is worth a small  degradation in audio quality. And considering what passes for popular music these days, who can tell the difference!

Apple has its own wireless technology known as Airplay and the quality is superior to Bluetooth, but it  rides over an existing Wi-Fi network. So you have to set up a hotspot first, which is a hassle. Bluetooth remains the most popular technology for wireless speakers and the most democratic. An affordable Rs 2,000 speaker and a high end JBL, Sennheiser or  Bose costing 10-15 times as much, both end up embracing Bluetooth. For a week now, I have been enjoying music from Bluetooth speakers at both ends of the price spectrum and here is my take: Different strokes for different folks! And to each  its satisfied buyer. 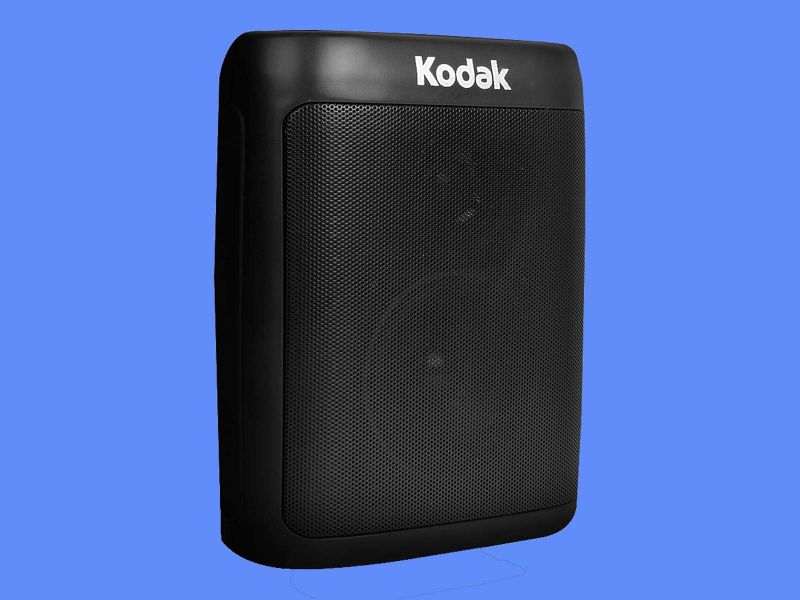 Kodak, a famous name for camera and photo film, has had a second coming in TV,  from its India licensee, Super Plastronics Pvt. Ltd. The Kodak TV speaker 68M can be wirelessly  connected via Bluetooth, but if you are using it to boost the sound of your TV set (many of the latest LED TVs have poor sound output compared to the old CRT-type sets), you might as well use the AUX cable option.

It comes with a built-in Lithium-Ion battery and needs to be recharged after some  six to eight hours of use. The 10 watt output was a definite improvement on the native sound of my 36-inch TV and at Rs 3,290 (a bit cheaper on Amazon), it is great value for money. 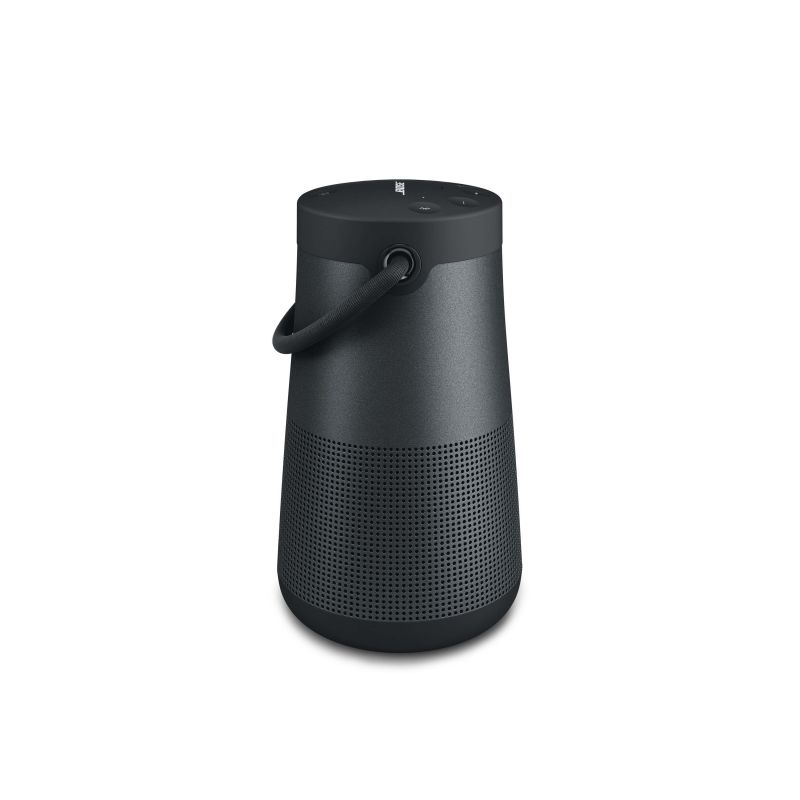 Everyone makes Bluetooth speakers these days, but a Bose product proclaims its class — if you are willing to pay for it. The latest Bose SoundLink speaker, ‘Revolve’ takes audio quality a notch higher with a number of design tweaks: dual passive radiators which make the sound omnidirectional; a downward-facing transducer with deflectors that give a 360 degree throw from a seamless aluminium grill and the signature emphasis on the lower or bass sounds.

Weighing a bit under 1 kg, it spills its sound uniformly. The music will be audible for 12 hours on a full charge of its batteries for the Revolve model and 16 hours for the  slightly larger Revolve+. They are priced Rs 19,900 and Rs 24,500 respectively. 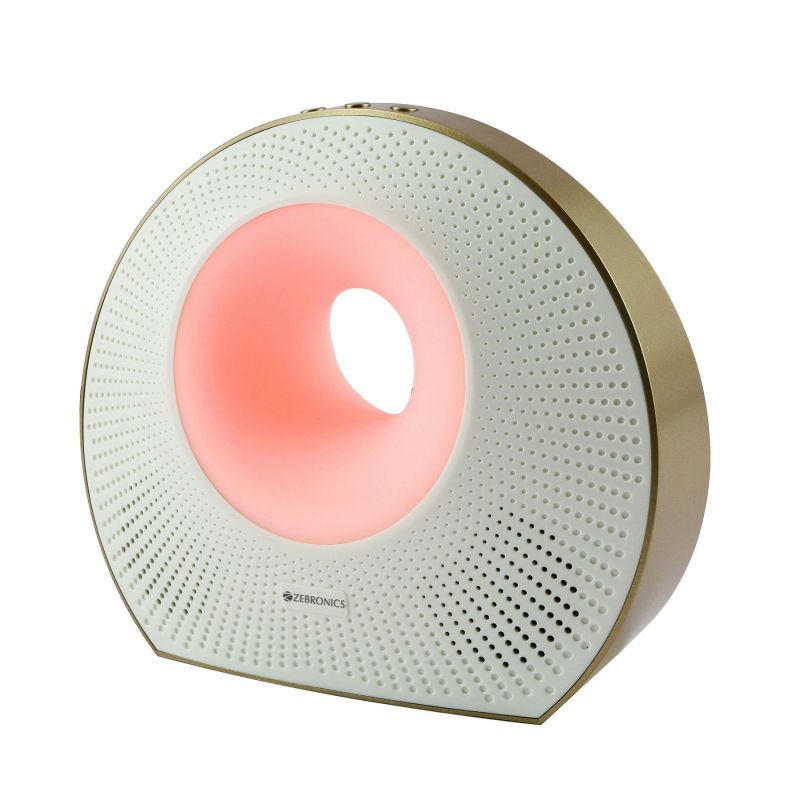 The programmable LED lights in the Zebronics Amazer speaker-lamp seem to be a throwback to those old sound and light spectacles you could enjoy on cassette decks where coloured LEDs were connected to different audio frequency bands. With Amazer, you can sync the colours to the music or pick a single colour that goes with your mood or just use it as a night lamp, all with a touch control or through a phone app. This is a 10 watt speaker with Bluetooth and AUX connections. The built-in 1,200mAh battery is good for about 2 hours of playback. If you like to ‘colour’ your music, the asking price of Rs 3,999 will seem reasonable.