How do I tell my male boss it's not okay to video call me at 11 pm?

With companies not having guidelines on remote working, women professionals seek guidance to deal with sexual harassment by male colleagues. 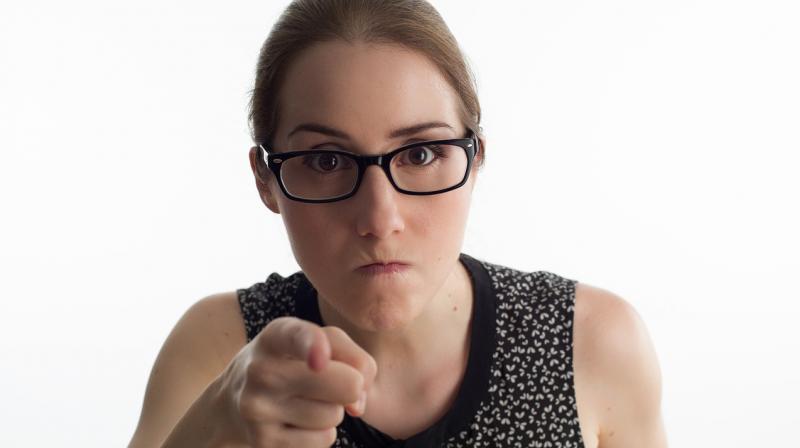 New Delhi: Getting unwarranted video call requests at odd hours and comments on social media photos by male colleagues who are not friends are among issues of sexual harassment women working from home during the nationwide lockdown have faced, organisations working against cyber harassment said.

The coronavirus-triggered lockdown has posed a lot of challenges for women professionals especially, as they struggle to manage the work-life balance. In addition, they are also facing sexual harassment online.

Many women have approached experts for guidance, unsure of how to raise complaints of sexual harassment in the work-from-home scenario.

“There are no clear guidelines from companies on how work from home should function in an organisation and that confuses women. I have been receiving 4-5 such complaints of harassment everyday ever since the lockdown was imposed,” said Akancha Srivastava, who runs the foundation Akancha Against Harassment, an initiative against cyber harassment.

However, the number of complaints received by the National Commission for Women (NCW) has been low since the lockdown began but those working in the field say that could be because many women do not want to officially complain but wish to consult what they can do on the matter.

“During the lockdown, many women are worried about their job security so they are not sure if they should speak up or not. The women have a constant worry that they should not be seen as troublemakers,” Srivastava said.

“Since we have never experienced absolute work from home before, women are always second-guessing if it was harassment, where does one draw the line, how does one define the body language as offensive or indecent? Male colleagues stalking them on social media or sending friend requests, commenting on their pictures when they are not even friends.

“Women are being told to come online at odd hours. These are subtle ways of sexually harassing them,” she said.

Giving examples, Srivastava said one woman had recently received a video call request from her boss at 11 pm for an “urgent matter”, but when she received the call it turned out to be for something that on a regular day would have been easily taken care of over an email.

Srivastava said that with work-from-home, there are bound to be some disruptions and that colleagues should respectfully accept them, but that is not happening. That is causing more stress to women.

For example, in a sexist comment, another woman was asked by her boss over video call if she was capable of handling work assigned to her as she seemed “distracted” because of her children who were playing in the background.

The Prohibition of Sexual Harassment Act 2013 (or POSH) was enacted to ensure safe working spaces for women and to build enabling work environments that respect the rights of working women to equality of status and opportunity.

It defined a ‘workplace’ as “any place visited by employee arising out of or during the course of employment, including transportation provided by the employer for undertaking such a journey”. As such, while working from home, the home can also be defined as the workplace.

An activist at InfoSec Girls, an organisation educating women on cyber security, said a lot of people don’t report but wish to discuss what they should do when they face sexual harassment.

The activist said there have been times when men either do not realise that women colleagues are also on the call or choose to wilfully ignore it, while passing inappropriate comments.

Also, now that everyone is working from home, colleagues have lost sense of propriety about when a female colleague can be contacted. People end calling anytime and begin meetings at odd times. This can make women uncomfortable as they have to balance family life with work, she said.

“When women raise these kinds of concerns, we say, ‘if you feel uncomfortable with any discussion or comment, raise the concern immediately on the call so it does not happen again. If that makes them uncomfortable, then discuss it with the leadership or raise it via the organisation reporting channel’,” she said.

Every organisation is supposed to follow the Visakha guidelines on sexual harassment. “There is a proper council that addresses all these concerns. Women can anonymously report the concerns. The council then discusses the concern with person against whom the complaint was raised. If nothing else works out, women can report to local authorities,” she said.