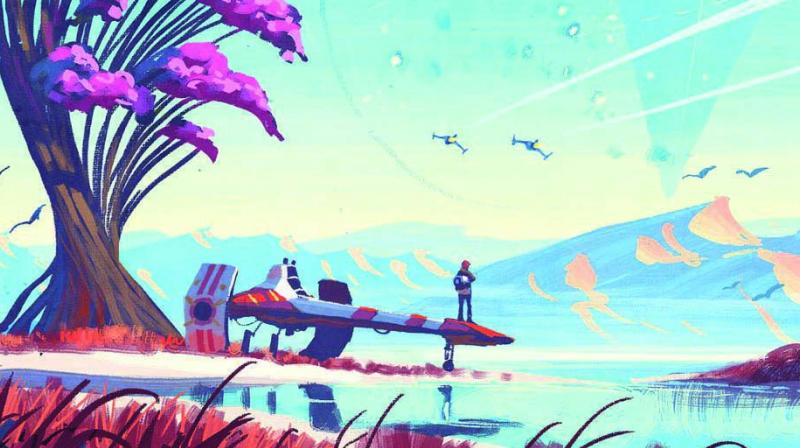 Plus with the added coop now you have a real sense of achievement when you team up with someone to build something truly fascinating.

No Man’s Sky seems to be back in the headlines this week thanks to the release of its Next expansion. The game surprisingly still managed to pull in quite the player base back on its first day of the revamp with nearly 100K players on Steam jumping in to try out the new features. While the new features of course have gamers interested in what No Man’s Sky has to offer, a large part of the player jump is also due to the 50 per cent discount on Steam since last week.

One of the major changes in No Man’s Sky and biggest improvement of course is the new Crafting System. Its more detailed and comes with an odd sense of satisfaction, even if you don’t particularly like crafting. Plus with the added coop now you have a real sense of achievement when you team up with someone to build something truly fascinating.

While No Man’s Sky was definitely a great game in terms of visuals and its own art style, the Next expansion adds a whole lot more colour and diversity in terms of what you see and encounter. Dark systems, bright red system, gorgeous cloud formations and landscapes. It helps make that sense of discovery and freedom in the sky even more amazing.

Another major win for No Man’s Sky Next of course is the fact that it now allows you to play the game almost any way you want. Solo, Co-op, Survival, Crafting genius, base builder, explorer and so on. This update hasn’t just added content, it’s given you the freedom to enjoy it the way you want and it even comes with a creative mode where you just have fun; Isn’t that what video games are about any way?

The second coming of No Man’s Sky certainly seems well received by old and new players alike. The changes and additions they’ve made have really worked and it finally seems like the game we expected at launch almost two years ago. If you’ve been waiting all this while, then the discounted No Man’s Sky on Steam is almost a no brainer for those of you looking for a sense of adventure, exploration and a little bit of objectiveless fun.