Technology   In Other news  01 Aug 2019  Qualcomm outlook clouded by Huawei's smartphone gains in China
Technology, In Other news 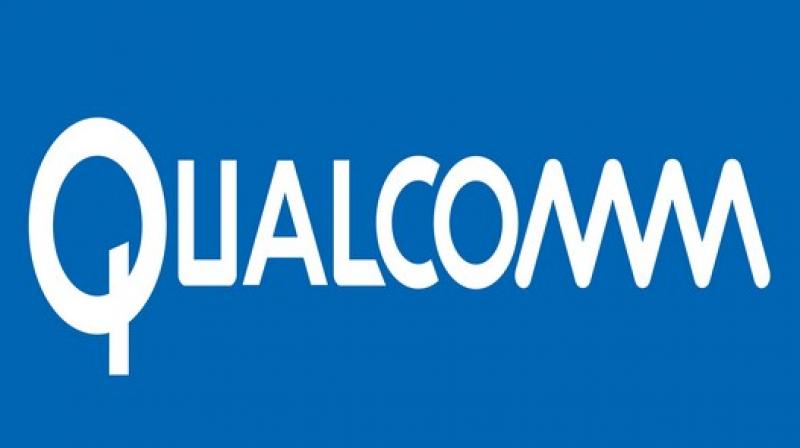 Huawei’s advance has spurred other phone makers to cancel 4G models planned for the rest of this year and instead focus on 5G models for release early.

Qualcomm Inc’s quarterly revenue and profit forecast fell short of Wall Street targets, driven by Huawei Technologies Co Ltd’s strong gains in the Chinese smartphone market, the US company said, sending its shares down as much as 6 per cent.

In an interview on Wednesday, Qualcomm Chief Executive Steve Mollenkopf told Reuters Huawei had stolen market share mainly from its domestic rivals such as Xiaomi Corp, Oppo and Vivo, all of which are major Qualcomm customers.

Huawei’s advance has spurred other phone makers to cancel 4G models planned for the rest of this year and instead focus on 5G models for release early next year that could drive growth for Qualcomm, he added.

“Huawei was very aggressive in terms of making sure they built their market share there because they couldn’t sell things internationally,” Mollenkopf said. “And the reaction of the (other Chinese phone makers) was, ‘Let’s go as fast as we can to 5G, because there’s a great opportunity there,’ even to the point of saying, ‘Let’s cancel 4G models.’”

Mollenkopf said Qualcomm will not see benefits from that shift until early 2020 but said 5G rollouts by carriers appeared to be on track, including in China where Huawei is also a major telecommunications gear supplier. KinNgai Chan, an analyst at Summit Insights Group, called Qualcomm’s outlook a “pause in 4G ahead of the transition to 5G.”

Huawei’s effect on Qualcomm’s forecast underscores the extent to which the Chinese company has become more of a rival than a customer to the San Diego-based company. Huawei, which was the subject of US sales restrictions imposed in May, continues to buy a small number of Qualcomm chips.

But the companies, which are among the world’s largest holders of patents related to 5G technology, are in a protracted licensing dispute. Huawei had been making good-faith payments and negotiations have inched forward, but Mollenkopf said no further payments are included in Qualcomm’s fiscal fourth quarter guidance.

“The companies are talking and we’re focussed on a final agreement, but we don’t have it yet,” Mollenkopf said.

Huawei supplies many of its own chips for smartphones, and it grabbed market share from Chinese companies over the past quarter, according to market research firm Canalys. Those companies’ higher-end phones, which compete against directly with Hauwei’s models, tend to use Qualcomm chips.

Mollenkopf said the US-China trade war and a slow smartphone market drove Qualcomm to lower its outlook for 2019 sales of smart devices to a range of 1.7 billion to 1.8 billion, down from a previous estimate of 1.8 billion to 1.9 billion.

The company’s modem chip shipments fell 22 per cent to 156 million in the third quarter, missing analysts’ estimate of 160.1 million, according to FactSet.

Apple Inc and Qualcomm settled all their litigation in April. Apple signed a six-year patent licence deal with Qualcomm, as well as a multi-year chip supply agreement.

The two have not said when Apple would resume using Qualcomm’s chips in iPhones after dropping them in favour of Intel Corp’s chips for 2018 iPhone models.

Apple last week bought Intel’s modem business to help supply its own smartphone chips. Mollenkopf told Reuters the company had expected such a deal when negotiating its agreement with the iPhone maker, but Apple’s purchase had no effect on Qualcomm’s fourth quarter outlook.

“This was something everybody assumed,” Mollenkopf said. “And we protected ourselves and feel very good about continuing to be able to compete” for Apple’s business, he added.

Qualcomm forecast total fourth-quarter revenue of USD 4.3 billion to USD 5.1 billion and profit of 65 cents and 75 cents per share, below estimates of USD 5.63 billion and USD 1.08 per share, according to IBES data from Refinitiv.

Qualcomm is also seeking to pause the enforcement of a sweeping antitrust decision in a case brought by the US Federal Trade Commission. The company has said the ruling could upend its licensing talks with handset makers around 5G technology.

Revenue for the third quarter ended June 30 was USD 4.9 billion, missing analysts’ estimates of USD 5.08 billion. That excluded a one-time payment from Apple for unpaid royalties while the two were in a legal dispute.