The Vega rocket carrying a military observation satellite for the United Arab Emirates veered off course shortly after take-off and crashed. 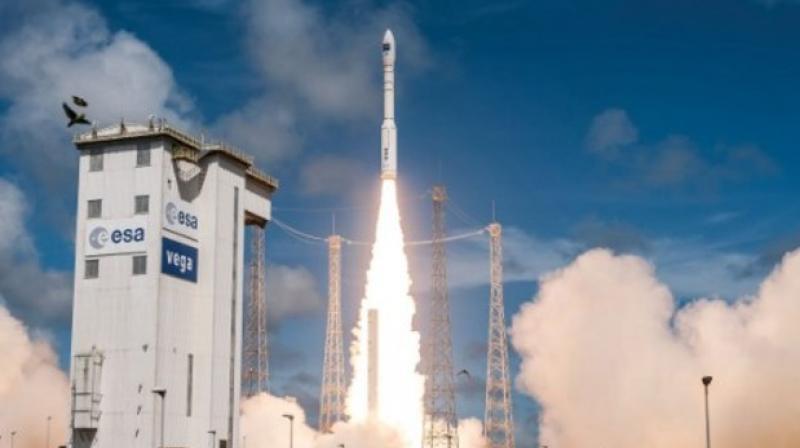 Prior to the accident, Italian aerospace company Avio Aero, which built the Vega, said it had a 100 per cent success rate. (Photo: AFP)

The Vega rocket carrying a military observation satellite for the United Arab Emirates veered off course shortly after take-off and crashed.

Prior to the accident, Italian aerospace company Avio Aero, which built the Vega, said it had a 100 per cent success rate.

The insurance loss for the rocket and satellite represents the largest recorded loss in the space market, satellite analysis firm Seradata said.

Until now, insurance premiums for commercial satellite and rocket accidents have been falling due to strong competition among insurers and improved rocket reliability.

But that could change in the aftermath of the Vega crash, leading to higher costs for space rocket launches.

“Space insurers have suffered two major claims within the past year and the cost of these losses far exceeds the premiums earned in this sector,” said Nick Brown, group chief executive at insurer Global Aerospace, which is backed by major reinsurers Munich Re and Berkshire Hathaway.

“Insurance rates for both launch and in-orbit have been at historically low levels and ... need to increase significantly.”

“Space rates could double as a result of this (Vega) failure combined with poor results last year,” said one insurer, who said the Vega loss alone was expected to cancel out the whole of 2019 global space premium, with further launch and in-orbit risks still remaining for the year.

There were 114 space launches globally in 2018, according to Avio Aero, builder of the European Vega launcher.

Unlike with most car insurance, cover for satellites or rockets is not compulsory. Only 60 per cent of satellites launched in 2017 were insured, according to insurer Mapfre.

For those who do buy insurance, an all-risk policy covers damage of any kind and there is also liability cover available, in case a rocket hits something belonging to someone else.

Space insurance providers include the specialist Lloyd’s of London market and insurance heavyweights AIG, AXA and Allianz, as well as reinsurers like Munich Re.

Munich Re said earlier this month it was one of the insurers of the Vega policy. Aon was the broker, two sources told Reuters. Aon declined to comment.

Global Aerospace said it did not insure the Vega launcher.

Prices to insure satellites against damage have fallen by 50 per cent in the past two to three years, one insurer said.

But due to the intense competition in the insurance industry, a rise in premiums is not guaranteed.

David Todd, head of space content at Seradata, said it hinged on whether significant insurance underwriting capacity started to leave the market.

Andreas Berger, a Swiss Re board member in charge of the corporate insurance arm, said on Wednesday that the company would be reducing its exposure to the space industry, as part of an overhaul of the loss-making division.

US space agency NASA plans to allow private citizens to stay at the International Space Station for month-long getaways at a cost of about USD 35,000 per night, with the first mission as early as 2020.

Space travel could straddle both the space and aviation insurance sectors.