Technology   In Other news  02 Apr 2019  When it comes to disclosing sponsors, your Google Assistant may be mute
Technology, In Other news

When it comes to disclosing sponsors, your Google Assistant may be mute

Responding to user searches out loud through Google Assistant is not ideal for generating revenue. 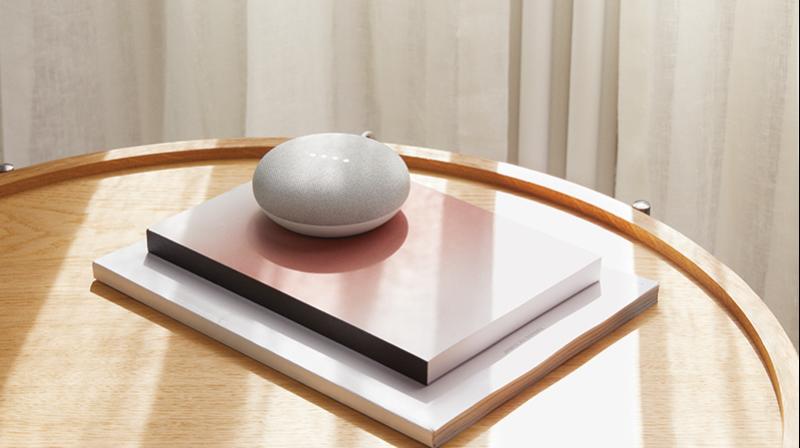 So far, consumers generally get a brief answer from virtual assistants without the disturbance of ads.

Responding to user searches out loud through Google Assistant is not ideal for generating revenue, Schindler suggested.

When results are visible, not merely oral, “you have room for advertising, of course,” said Schindler, whose company grosses an estimated USD 70 billion annually through ads above search results.

The Alphabet Inc company declined to elaborate on Schindler’s remarks. But Google’s conundrum is one facing several big tech companies whose users increasingly seek help from voice-enabled speakers and gadgets: how to deliver greater convenience while still generating the ad revenue that traditionally has funded free searches.

The question is most acute for Google, which holds the world’s biggest search advertising business.

So far, consumers generally get a brief answer from virtual assistants without the disturbance of ads. And tech companies have not shown how they would include the “Sponsored” or “Ad” disclaimers that regulators in the United States and elsewhere require with paid-for search results.

One Google Assistant feature already is close to violating disclosure rules, according to five advertising attorneys contacted by Reuters. Google contends it is in compliance.

The feature recommends plumbers and other local home service providers without disclosing that the results draw from a curated database mainly composed of companies that joined a Google marketing program.

“It’s not a completely clean recommendation,” said Michelle Cohen, an attorney with expertise in marketing rules at Ifrah Law in Washington, D.C. “If there’s a financial commitment, you’re supposed to disclose it.”

Conversing with assistants is routine for millions of people globally, whether on bedside alarm clocks, car audio systems or even high-end headphones. More than 1 billion such devices have Google Assistant, 100 million Amazon.com Inc’s Alexa and at least 1 billion Apple Inc’s Siri, according to the companies and estimates.

At the conference, Schindler said ads on Google Assistant would be more “interesting” when responses are shown on a nearby screen, like a TV, smartphone, laptop or smart speaker with a display.

“Then we’re exactly in the world that we deeply understand,” Schindler said, with moneymaking options “very similar” to traditional search.

The Federal Trade Commission, which regulates deceptive business practices in the United States, has long required search engines to inform users in a “noticeable and understandable” fashion when results are connected to financial relationships. That is why consumers see “Ad” or “Sponsored” labels next to the first few Google results on screens.

New search services that “talk” to consumers are not exempt from “the long-standing principle of making advertising distinguishable,” the FTC said in letters to Google and other companies in 2013.

Consumers often complain to the commission about potential violations, and it prods companies into changing practices by threatening fines if the issues persist.

The FTC has not received complaints about ads on Google Assistant, according to results from a Freedom of Information Act request. And the agency declined to comment on whether it is scrutinising any virtual assistants, though last year it charged a small search engine for prospective college students that included paid results without warning.

Google users have come to expect results from any relevant source on the web, except when using specialised tools like Google News or Google Flights that have a narrowed set of sources.

In 2017, Google Assistant adopted a speciality tool, Local Services, which offers only vetted businesses when US users search for domestic help such as plumbers and locksmiths.

Results come from a marketing program, known as Google Guarantee, in which members are licensed, insured and clear of legal issues, according to Google. It refunds consumers up to USD 2,000 if members botch a job.

Membership is free, but businesses need it to buy Local Services search ads from Google. And guaranteed businesses largely do buy those for queries like “plumber,” Reuters found.

Google gets paid when users contact providers through the ads, which are labelled “Sponsored” on Google.com.

But when Google Assistant responds to “plumber” queries with the same “Google Guaranteed” options, the assistant does not offer any disclaimer or further explanation.

Google said in a statement that the results are not labelled as ads “because Google isn’t paid for these results” when delivered on the Assistant rather than Google.com.

The advertising attorneys said users should be informed that Google Assistant results, even if not paid for, stem from a filtered database in which many businesses landed because they wanted to buy ads.

“Disclosing ‘many of the recommended providers may participate in our referral network’...would be relevant and appropriate,” said Cohen, the Washington, D.C., attorney.

In some cities, Google Assistant includes businesses vetted by partner search services HomeAdvisor and Porch. It does not mention that those services charge some businesses for customer leads.

Disclaimers vary in other types of searches, depending on how they are delivered. Google.com answers “flight to Los Angeles” with upcoming flights labelled as “Sponsored,” and users who click on the label would learn that Google “may be compensated” by some of its data sources.

But Google Assistant’s “Sponsored” label does not link to additional information. On smart speakers, the assistant reads only the lowest price without naming an airline.

It says nothing about sponsors.