All you need to know from Facebook's F8 2018 conference

The two-day event was initiated with a lot of new announcements — both new products and revision of existing ones. 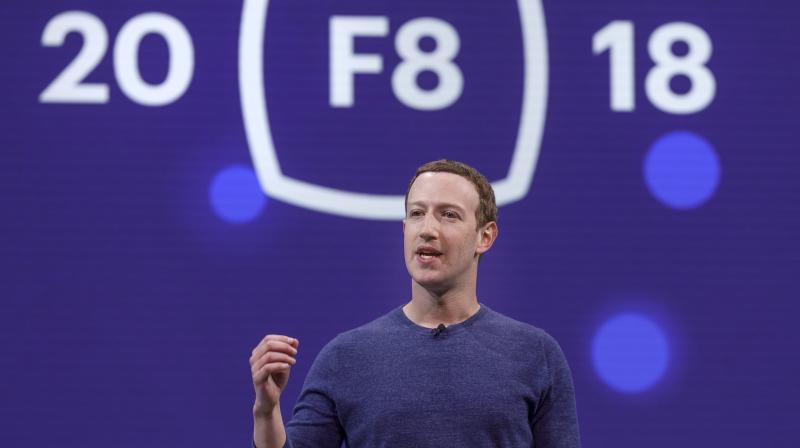 Mark Zuckerberg took to stage, with a lot of stuff that he promised won’t allow repetition of such a mistake on a large scale. (Photo: Facebook)

Facebook’s annual developer conference for 2018, known to people as F8, has been kickstarted in San Jose, California. The two-day event was initiated with a lot of new announcements — both new products and revision of existing ones. Despite the recent tensions surrounding Facebook’s Cambridge Analytica data breach scandal, Mark Zuckerberg took to stage, with a lot of stuff that he promised won’t allow repetition of such a mistake on a large scale. He discussed the company’s responsibility to introduce new services across all of its platforms — Facebook, Instagram, WhatsApp, Messenger and Oculus. 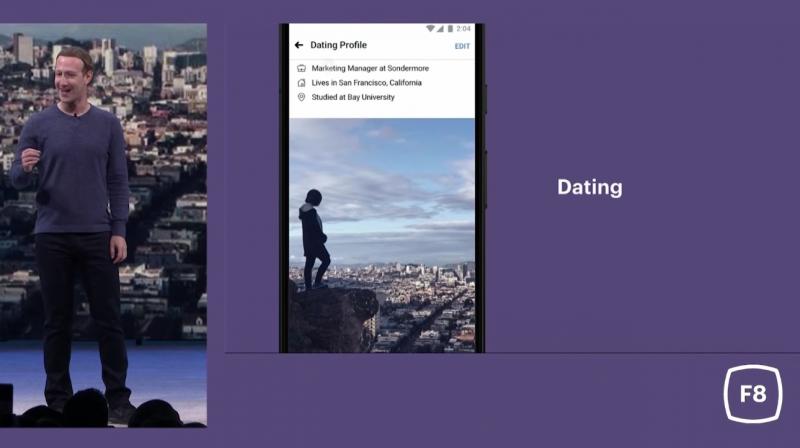 Clear History: This feature will enable users to see the websites and apps that send data to Facebook. It will then allow to delete the information from your account and turn off Facebook’s ability to store it associated with your account in the future.

Users can now directly share stories from third-party services such as Spotify by simply tapping the share button, which will open directly into the camera. You can directly edit and share your story or feed, without connecting Facebook or Instagram accounts to other apps.

The new Groups tab will allow users to navigate and interact with existing groups more easily. Later, one can discover and join new groups through the tab.

Users will now be able to create a dating profile that is separate from their Facebook profile and potential matches will be recommended based on dating preferences, things in common, and mutual friends through their Groups or Events. However, what people do within the dating feature will not be shown to their friends.

This will enable people affected by a crisis to share firsthand accounts of timely information, like road closures and damage photos and videos, making it easier to get real-time updates. The feature will be rolling out later this year.

This feature is slated to make it easier for people who want to donate to find opportunities nearby. Users in India, Bangladesh and Pakistan will be able to view nearby blood donation camps, requests for blood donations and blood banks from one place on Facebook. 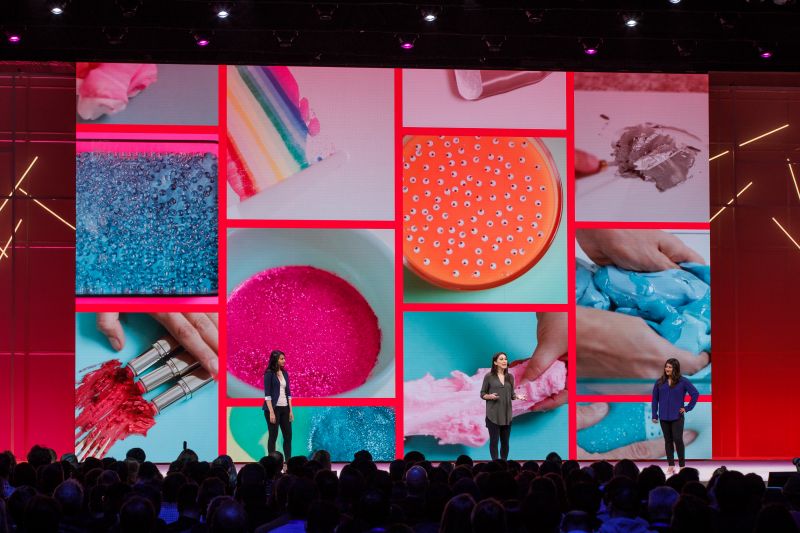 After Facebook, Instagram will get a taste of AR in its camera section. Using AR Studio, creators will be able to design unique, interactive camera experiences, including face filters and world effects, for their followers on Instagram.

Instagram now gets video chat, just like the one in Messenger. Video chat will be available on Instagram Direct and will aid both one-on-one and group conversations.

The redesigned Explore will organise suggested content into relevant topic channels, making it easier than ever to browse across interests, while going deeper into any specific area. 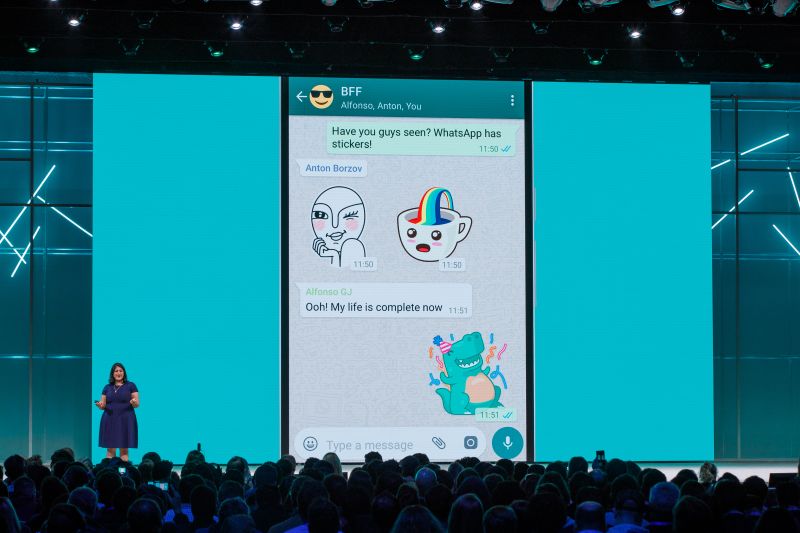 After addition of voice and video calling, WhatsApp will be now treated to group video calls, which will be rolled out in the coming months. Users will also be able to express themselves through stickers, apart from the existing collection of emojis and GIFs. 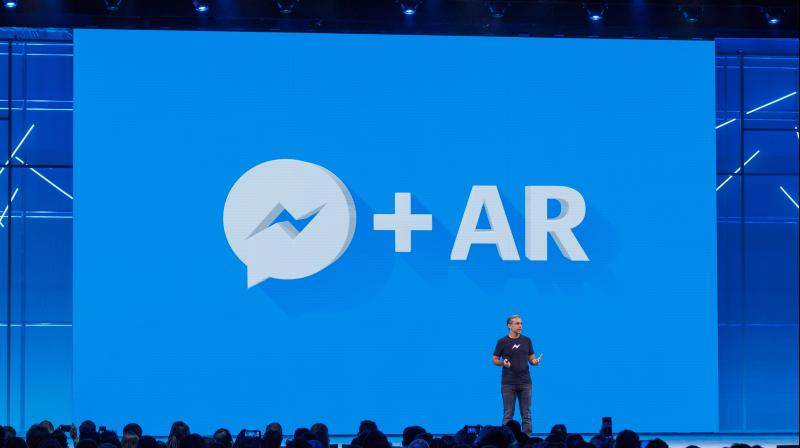 AR for the Messenger:

Brands using the Messenger platform to advertise can now integrate AR camera effects — people can virtually customise or try on merchandise, walk through new products, or simply express themselves.

People connecting through Facebook Marketplace will be given an option to translate a message in a foreign language, which is aimed to help traders connect more easily. 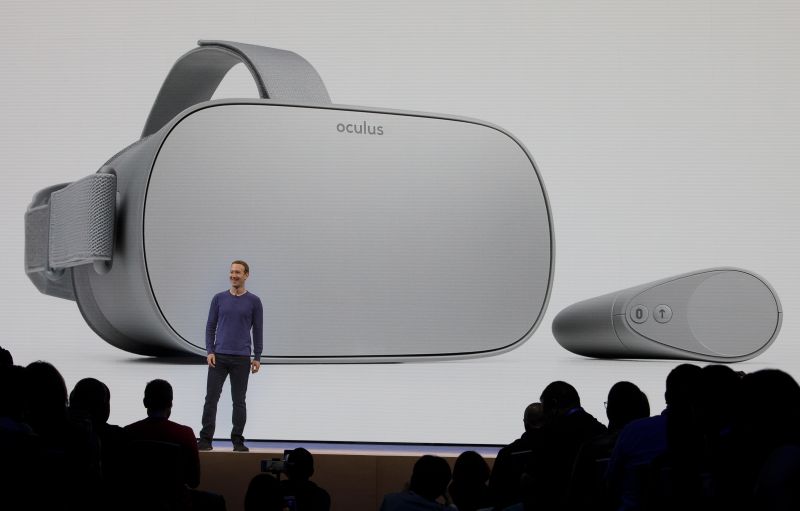 Oculus’ first standalone VR headset, manufactured in collaboration with Xiaomi, has been launched globally, starting at $199 for the 32GB variant and $249 for the 64GB variant. The headset will support 1,000 apps, games and experiences at launch.

Oculus Venues will allow users to experience live social events in VR including concerts, sports and comedy nights with friends and thousands of other people. Oculus Rooms will allow friends to play board games, watch movies and more. Oculus TV gives you a virtual big screen TV, where you can watch live or on-demand content – and will allow up to four people to watch together. 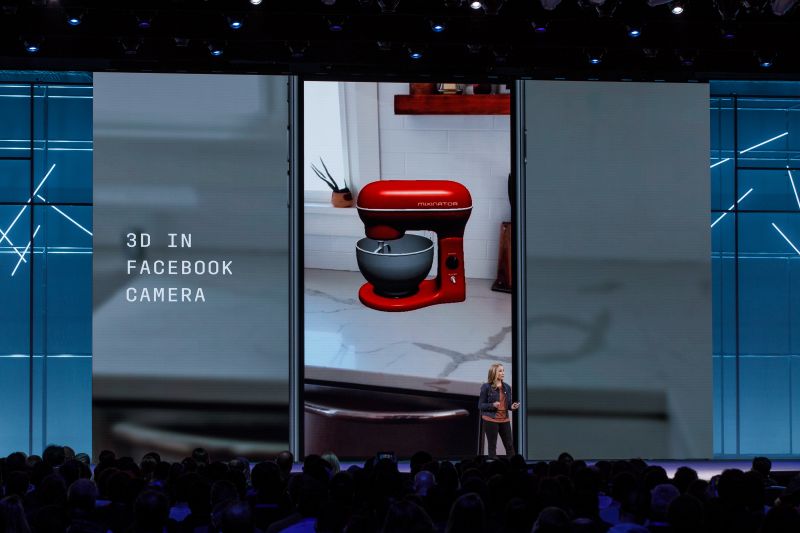 Users will now be able to take 3D objects from News Feed into Facebook Camera AR experiences with one tap. 3D Photos is a new media type that lets people capture 3D moments in time. Both of them will be rolled out in the coming months.