Technology   In Other news  02 May 2018  Facebook to use augmented reality to draw ads to Messenger app
Technology, In Other news

Facebook to use augmented reality to draw ads to Messenger app 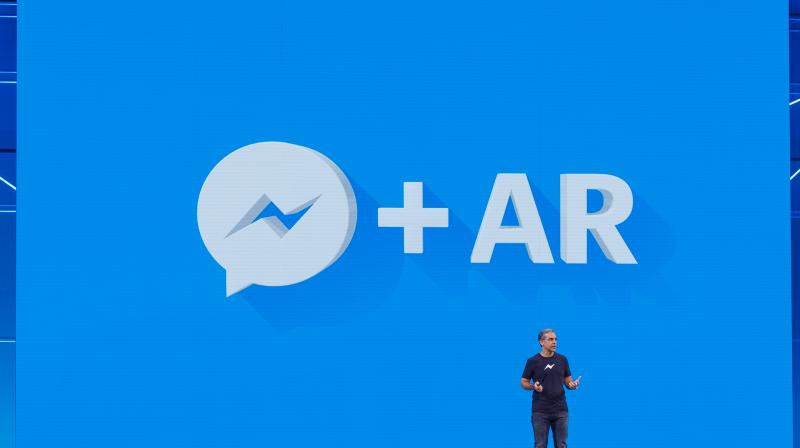 Facebook Inc’s Messenger app launched an augmented reality feature on Tuesday to allow people to see products they are shopping for as if they already have them, such as a car parked in a driveway, in a move aimed at drawing in potential advertisers.

Although smartphone messaging apps are not known for displaying ads, Facebook has said that targeting the 1.3 billion people who use its Messenger service with ads will be an important part of the company’s long-term revenue growth.

Silicon Valley tech firms are pouring money into augmented reality, a mix of the real and digital worlds best known from the game Pokemon Go.

Facebook, at a tech conference that begins on Tuesday, is launching a new toolkit for software developers to make augmented reality features.

David Marcus, head of Facebook’s Messenger app, said in an interview that shoppers will be able to visualise and potentially test out products that advertisers have made available. Sephora, one of the first businesses that will use the feature, will let people virtually try on cosmetics.

Similar augmented-reality features have proliferated on the apps of retailers such Amazon.com Inc and Ikea, which allow people to see how a toaster or couch would look in a room.

Facebook, the world’s largest social media network, has been encouraging businesses to use Messenger to talk with consumers, sometimes for customer service.

Messenger and the News Feed create a feedback loop like a “flywheel” for ad sales, Marcus said.

Guests enter to attend Facebook CEO Mark Zuckerberg's keynote speech at WhatsApp, another Facebook-owned messaging service with more than 1 billion users, has sworn off advertising. WhatsApp co-founder Jan Koum said on Monday he was leaving. The Washington Post reported he was doing so in part after conflicts about advertising, which he opposes.

Marcus said he was not worried about ads turning off Messenger users. People must opt-in to talk with a business on the service. “People actually find it helpful,” he said.

Messenger is trying to attract businesses in other ways, such as automated chat “bots” that can reply to customer inquiries. There are 300,000 bots on Messenger, three times more than a year ago, Marcus said.