Robotic drones can herd birds away from airspaces

Researchers investigated the problem of diverting a flock of birds away from a prescribed area, using a robotic unmanned aerial vehicle. 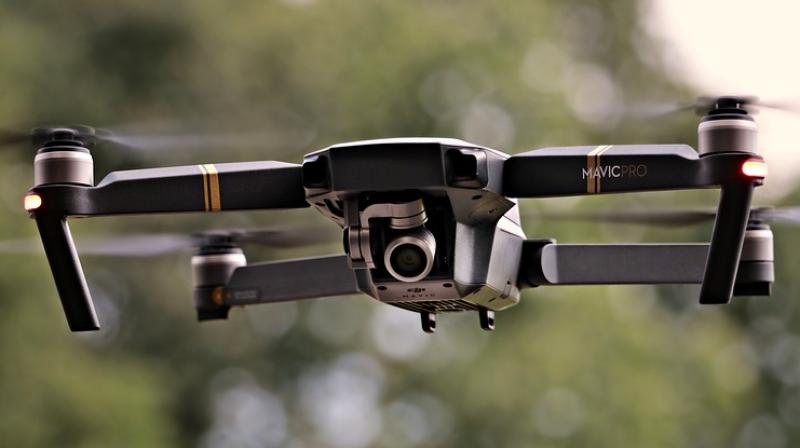 The team developed the herding algorithm on the basis of macroscopic properties of the flocking model and the response of the flock.

Scientists have developed an algorithm that enables a flying drone to herd a flock of birds away from a designated airspace without breaking their formation.

Researchers from Imperial College London in the UK and California Institute of Technology in the US investigated the problem of diverting a flock of birds away from a prescribed area, such as an airport, using a robotic unmanned aerial vehicle.

The team developed the herding algorithm on the basis of macroscopic properties of the flocking model and the response of the flock. They tested their robotic autonomous drone by successfully shepherding an entire flock of birds out of a designated airspace in South Korea.

"It is quite interesting, and even awe-inspiring, to monitor how birds react to threats and collectively behave against threatening objects through the flock," said David Hyunchul Shim, a professor at Korea Advanced Institute of Science and Technology (KAIST).

"We made careful observations of flock dynamics and interactions between flocks and the pursuer. This allowed us to create a new herding algorithm for ideal flight paths for incoming drones to move the flock away from a protected airspace," said Shim.

In the UK in 2016, there were 1,835 confirmed bird strikes, about eight for every 10,000 flights. Bird and other wildlife collisions with aircraft cause well over 1.2 billion USD in damages to the aviation industry worldwide annually.

In the worst case, Canadian geese knocked out both engines of a US Airway jet in January 2009. The flight had to make an emergency landing on the Hudson River.

Airports and researchers have continued to reduce the risk of bird strikes through a variety of methods. They scare birds away using predators such as falcons or loud noises from small cannons or guns. Some airports try to prevent birds from coming by ridding the surrounding areas of crops that birds eat and hide in.

"This algorithm will help improve safety for the aviation industry. In addition, this will also help control avian influenza that plagues farms nationwide every year," said Shim.