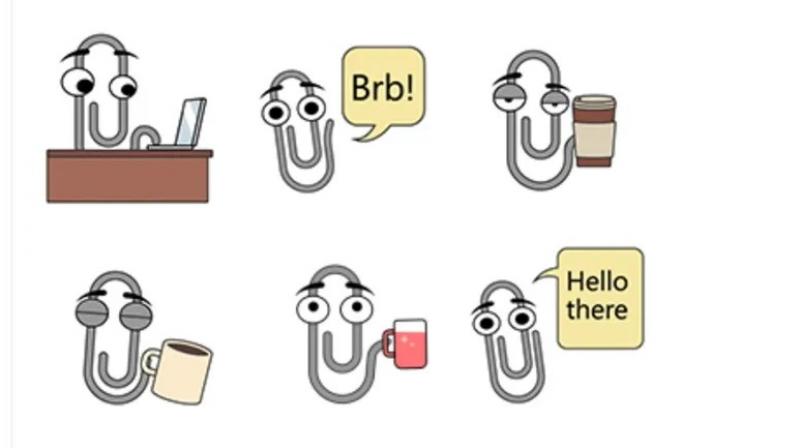 Microsoft had been reluctant to embrace Clippy as a meme in its Office or Windows products until earlier this year. (Microsoft Photo)

Washington: American tech conglomerate Microsoft is introducing Clippy back to Microsoft Teams as a sticker pack.

As per The Verge, a sticker pack will be available in Microsoft Teams soon that includes lots of different versions of the anthropomorphic paperclip.

"Yes, it's true - Clippy has agreed to come out of retirement! Whether you loved him or hated him, Clippy is back with a Retro Sticker Pack in Teams," explained Microsoft, confirming the return of Clippy to Microsoft Teams.

The new retro sticker pack looks a lot like the same stickers that a team of Microsoft employees created for Teams more than two years ago.

Microsoft officials were quick to shut down the project, and a source at the time revealed "brand police" inside the company weren't happy that Clippy had appeared in Microsoft Teams.

People had mixed responses to the Groucho-browed interruptions, and Clippy's stint as Office assistant came to an end in 2001 with Office XP.

Microsoft had been reluctant to embrace Clippy as a meme in its Office or Windows products until earlier this year.

Clippy has now returned to replace the standard paperclip emoji in Windows 11, been part of new Teams backgrounds, and now stars in a sticker pack in Microsoft Teams.