These apps can help you with your New Year's resolution

You can stand on your New Year resolutions with these apps for considerably less amount of money. 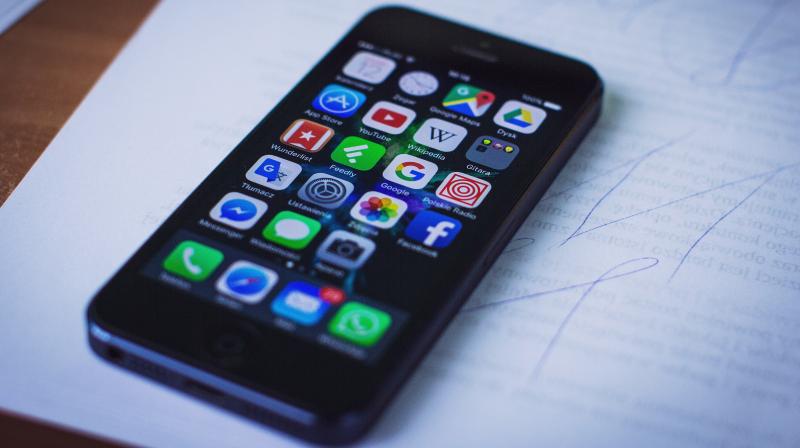 New Year resolutions — the majority of the world makes it before 31st December and forget it by the second day of the New Year. Every year, people swear by their promises but fail to stand by them in the coming days due to some reasons. Thankfully, there have been some apps lately on the App Store that can help you stay true to your mission of completing your goals. Note that these apps are specifically meant for iOS devices.

Every year, billions of people around the world make a resolution to stay fit and healthy through exercises, yoga or even joining a gym. However, most of them lack encouragement and bailout of the plan. For all these people, 8fit is a comparatively new health and fitness app on the App Store that can play its part in making you achieve your target. Whether you want to lose fat or gain muscle, the app allows you to track specific health goals. There are even videos for various kinds of workouts — helpful if you not opted for a gym membership. The app also allows you to log exercises and sync steps with Apple Health — comes as useful if you have a fitness tracker at your disposal all day. There’s also a diet section, with options such as customised meal plan and suggestive recipes. The free version is available on both iOS and Android, albeit with limited functionality; additional $5 per month will get you added functionality.

Keeping on a New Year’s resolution is a tough act and one often needs someone with commanding authority to regulate, just like a mother regulating the study patterns of her children. The Done app, as the name suggests, lets you set your own goals and get reminders for each and every one of them. Done monitors your progress by maintaining a chart of your progress so that you can gauge your performance this week or this month. The data can be exported and can even be backed up on Dropbox. If the functions seem complicated, then the app will appeal to you with its minimalist yet friendly interface. Done is available for free on iOS.

People say that you can only make the world a better place if you try to help those in your surroundings. Many take up helping the poor with basic needs as their resolution. No country is without poverty and sharing basic amenities with them does a lot for them to make the world a happy place. ShareTheMeal is an app created by the United Nations World Food Programme (UNWFP) to help children in poverty. For just 50 cents, the app gives you the chance to sponsor a child’s food for a day. Or, if you are willing to shell out more, you can even feed a child for one full month. ShareTheMeal lets you determine which region your food is going to, so you can address your concern to those whom you think need your support currently. If you felt good about yourself sharing food with poverty-stricken people in a distant country, then you can share photos of your meals on social media, which indirectly promotes the app. The developer says that around 18 million meals have been donated so far, which means that there are people who care for the world. The app is freely available for both iOS and Android.