The company claims that the 8th-Gen Intel Core i9 processor is the highest-performance laptop processor that they have ever built. 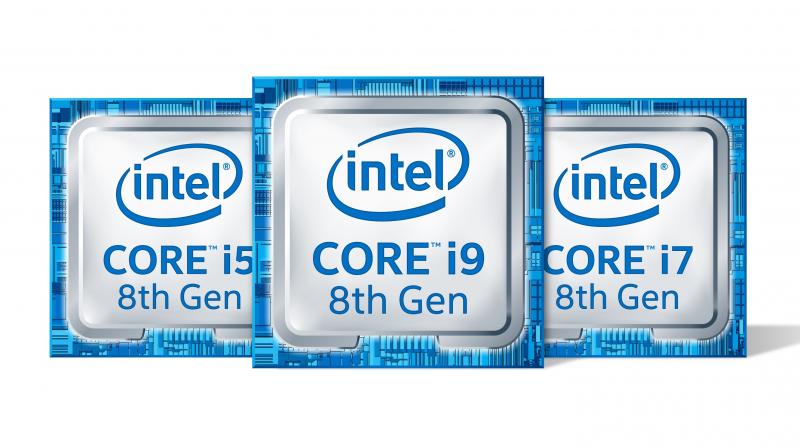 The latest 8th-Gen Intel Core i9, i7 and i5 processors for laptops are based on the Coffee Lake platform.

The latest 8th-Gen Intel Core i9, i7 and i5 processors for laptops are based on the Coffee Lake platform and leverage the 14nm++ process technology enabling them to deliver up to 41 per cent more frames per second in gameplay or edit 4K video up to 59 per cent faster than the previous generation with same discrete graphics.

At the top of the stack, the 8th-Gen Intel Core i9-8950HK processor is optimised to push the limits of performance. It is the first mobile Intel processor with six cores and twelve threads. It comes fully unlocked and features the new Intel Thermal Velocity Boost (TVB), which is supposed to automatically increase clock frequency up to 200MHz if the processor temperature is low enough and turbo power budget is available. This translates to a turbo frequency of up to 4.8GHz.

The 8th-Gen Intel Core mobile processor family also adds a new Intel 300 Series Chipset, which adds integrated Gigabit Wi-Fi for a faster connection that is capable of being up to 2 times faster than standard 2×2 802.11AC 80MHz (867Mbps).

Intel Optane memory claims to be a smart and adaptable system accelerator for desktop and mobile platforms, to increase the performance and responsiveness of SATA-based storage technology without compromising storage capacity.

The company claims, consumers will begin to see a new platform extension with Intel Core i5+, i7+ and i9+ badges on select systems, starting with latest 8th-Gen Intel Core mobile processors and desktop processors. This indicates they are purchasing a device that has the combination of Intel Core performance with the acceleration of Intel Optane memory.