The streaming service sends some movies to theatres but has insisted on making them available on Netflix at the same time. 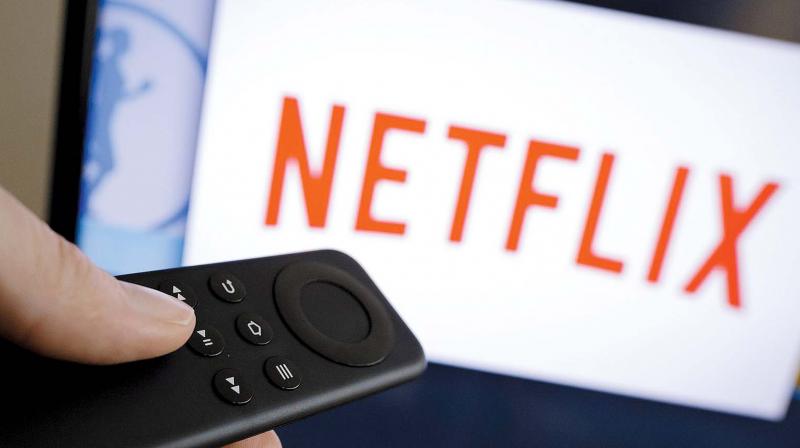 The issue of how Netflix fits into, or threatens, the theater business dominated a press conference on Tuesday at CinemaCon, the theater industry trade show.

As movie theatre owners converge on Las Vegas for their annual convention, one topic that keeps coming up is how they contend with a company that has resisted their traditional business model: Netflix Inc.

The world’s most successful streaming service sends some movies to theatres but has insisted on making them available on Netflix at the same time, or just a few weeks later. That has upset big movie chains, which refuse to show Netflix films and want a longer “window” of time to play films exclusively.

The issue of how Netflix fits into or threatens, the theatre business dominated a press conference on Tuesday at CinemaCon, the theatre industry trade show.

“All of your questions from the first 17 minutes or whatever are about Netflix,” grumbled John Fithian, president and chief executive of the National Association of Theatre Owners.

He insisted that Netflix and theatres can happily co-exist, citing data that showed the biggest consumers of streaming video visit theatres more often. He also said Netflix had helped revive interest in documentaries, which had helped draw people to theatres to see them.

Earlier, Fithian told a crowd in a Caesars Palace theatre that films reached their full potential only with a “robust theatrical release.” He spoke just after “Crazy Rich Asians” director Jon M. Chu said his film would not have had as big an impact if it had debuted on a streaming service.

Some members of the Academy of Motion Picture Arts & Sciences, the group that hands out the Oscars, have been debating whether films must play in theatres for a specific length of time to compete for the awards, which could exclude Netflix or force the company to agree to longer exclusive theatrical runs.

Hollywood publication Variety reported on Tuesday that the Department of Justice had weighed in on the issue.

Antitrust chief Makan Delrahim sent a letter to the academy warning that any changes that limited eligibility for the industry’s highest honours “may raise antitrust concerns,” according to Variety.

An academy spokesperson confirmed it had received the letter and said any rule changes would be considered at an April 23 meeting. A source close to Netflix said the company was not involved with or aware of the Justice Department’s letter.

Netflix is a member of the Motion Picture Association of America, the trade association for Walt Disney Co, AT&T Inc’s Warner Bros. and other movie studios.

“We are all stronger advocates for creativity and the entertainment business when we are working together ... all of us,” MPAA CEO Charles Rivkin said on the CinemaCon stage.

Both Rivkin and Fithian noted that box office receipts hit a record $11.9 billion in the United States and Canada in 2018 even as Netflix released dozens of original movies.

Mitch Neuhauser, managing director of CinemaCon, also was asked to address the issue when he wandered into a workroom for reporters.

“Streaming is not a problem!” he exclaimed, noting that there are limits to how much people can stand to stay at home with all of the modern conveniences including grocery delivery.

“We’ve got to get out of the house. We are talking about becoming a society of hermits!”