Back from the dead

You can spend hours playing Dead Rising 4 and still have tons to find in the game. 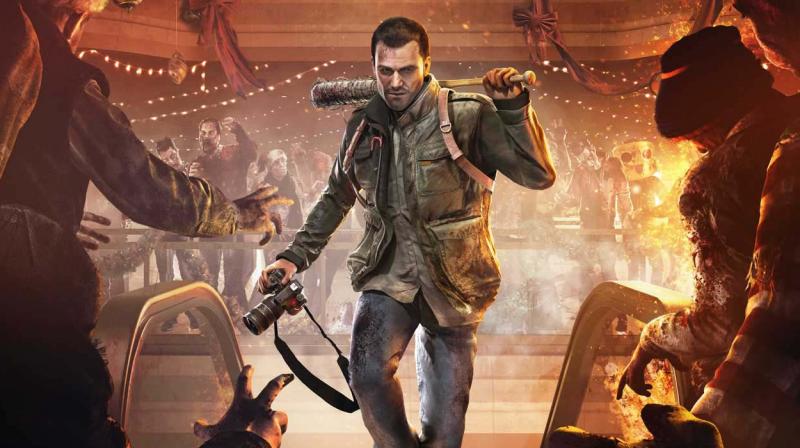 Dead Rising has always been a fun zombie smashing franchise that owed its success to great wit and  the creative ways it offers players to plough through waves of zombies.

Frank West, the game’s cocky protagonist makes a glorious return as this holiday-themed version of the game gives you the freedom you could only dream of when it comes to killing zombies. The game is centered around character progression and creative ways of dispatching enemies, so if you have two parts put them together and see what happens!

The game’s open world is set around the Willamette Memorial Complex, the massive mall that replaced the one from the original Dead Rising game. There are also  surrounding neighborhoods that seem more than mere offshoots and it’s fun to drive from one area to another running over zombies. As you move around the world, from time to time, spontaneous events will pop up, keeping the game  fresh. Most importantly, it gives you more reasons to kill some more zombies.

One of the most enjoyable new additions is the mech suit that turns you into a hulking mech of zombie destruction as you launch ice tornadoes, use parking metres as baseball bats or simply rip zombies in half, adding a crazy new element to the fun.

While Dead Rising 4 feels fresh and brings back an enjoyable franchise, it isn’t without its flaws with frequent texture pop-ins; thanks to the freedom of creation, some of the machines and vehicles you create sometimes get stuck oddly in the environment and become undrivable. While the franchise has always suffered from these hiccups it hasn’t stopped them from pushing the game and with Dead Rising 4, you see so many zombies on screen, it’s unbelievable!

The game also comes with a separate coop mode for up to four players that works with challenges spread across episodes. It’s basically more zombie killing with friends, with a few challenges thrown into the mix.

You can easily get lost in this game for 15 to 20 hours and still have tons to find and hunt for in new Game, and of course,  thousands more zombies to kill. Dead Rising 4 is fun—  that’s what a video game is supposed to do and it does it quite well. Don’t expect something deep or mindblowing; just enjoy it for what it is.