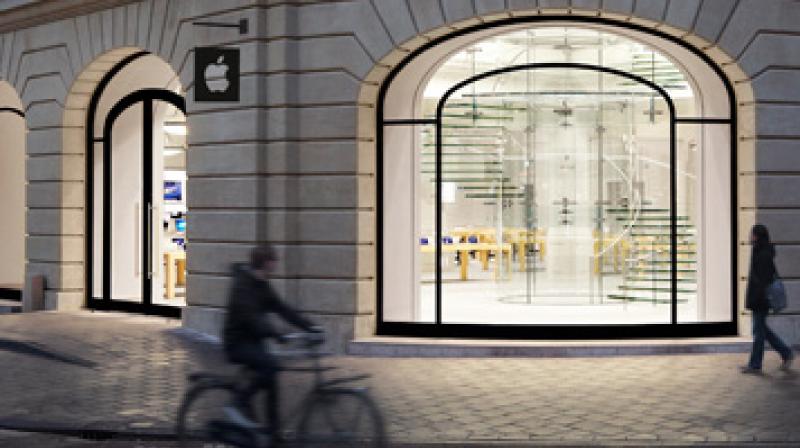 The decline in Berkshire shares reflects Apple’s impact on the Omaha, Nebraska-based company’s book value, which measures assets minus liabilities and which Buffett uses to gauge growth.

The plunge in Apple Inc’s share price will likely cause new pain for Warren Buffett’s Berkshire Hathaway Inc, after the conglomerate suffered a big quarterly decline in its net worth that will hit its bottom line.

The decline in Berkshire shares reflects Apple’s impact on the Omaha, Nebraska-based company’s book value, which measures assets minus liabilities and which Buffett uses to gauge growth.

Thursday’s decline followed a fourth-quarter slump in stock prices that may have cost Berkshire 8.2 percent of its book value, according to Keefe Bruyette & Woods analyst Meyer Shields.

Much of Berkshire’s roughly $219 billion of equities as of Sept. 30, including Kraft Heinz Co, suffered double-digit declines in the quarter, when the S&P 500 including dividends fell 13.5 percent.

Assuming Berkshire hasn’t sold any shares, the value of its 5.3 percent Apple stake fell to about $36 billion on Thursday, from $57.6 billion on Sept. 30.

Buffett’s assistant did not respond to an email concerning whether the billionaire’s view of Apple has changed.

But he views it more as a consumer stock, reflecting the dependence of so many people on their iPhones, and said at Berkshire’s annual meeting last May he would “love to see Apple go down in price” so he could buy more.

The slide in book value could push Berkshire to a fourth-quarter net loss, even if its dozens of operating businesses perform well.

This is because a new accounting rule requires Berkshire to report unrealized investment losses with quarterly results. Buffett wants investors to ignore the resulting swings.

Thomas Russo, who helps invest more than $10 billion at Gardner, Russo & Gardner in Lancaster, Pennsylvania, and whose largest investment is Berkshire, said investors should focus on the value of Berkshire’s operating units.

“The willingness of Berkshire investors to hold shares based on the company’s intrinsic value has always been a strong suit for Warren,” he said. “That is being tested by the new accounting requirements.”

Berkshire’s businesses were a cushion during the global financial crisis in 2008, when book value per share fell just 9.6 percent. The S&P 500 including dividends fell 37 percent.