Technology   In Other news  04 Feb 2017  Boeing's space taxis will now use 600 3D-printed parts: Reuters
Technology, In Other news 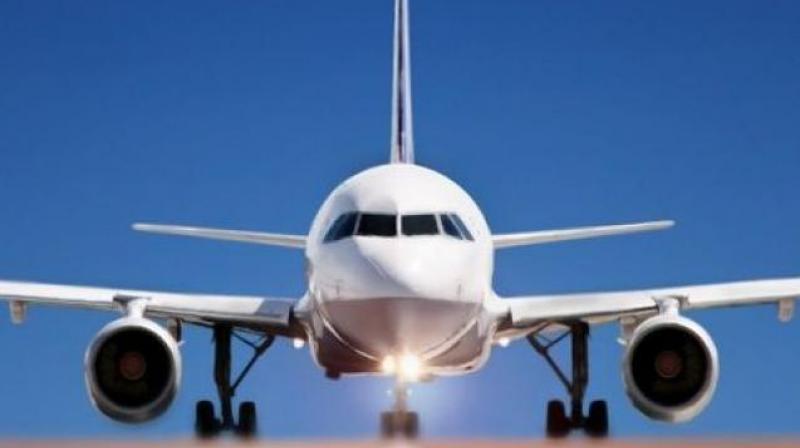 Boeing's award of the parts for its flagship space program and Hexcel's funding are strategic bets that printed plastics can perform flawlessly even under the extreme stress of a rocket launch and sub-zero temperatures of space.

Boeing Co has hired a small company to make about 600 3D-printed parts for its Starliner space taxis, meaning key components in the United States manned space program are being built with additive manufacturing.

Boeing's award of the parts for its flagship space program and Hexcel's funding are strategic bets that printed plastics can perform flawlessly even under the extreme stress of a rocket launch and sub-zero temperatures of space.

They offer further evidence of a shift in 3D printing from making prototypes to commercial production of high-grade parts for space ships, aircraft engines and other critical equipment. Oxford's parts will help Boeing lower costs and save weight on each seven-seat capsule, compared with traditional metal and plastic manufacturing, Larry Varholak, president of Oxford's aerospace business, said in an interview.

"What really makes it valuable to NASA and Boeing is this material is as strong as aluminum at significantly less weight," he said. Boeing said the weight savings on Oxford's parts is about 60 percent compared with traditional manufacturing. Boeing is building three Starliner capsules under a $4.2 billion NASA contract. Entrepreneur Elon Musk's SpaceX is building a competing capsule under a $2.6 billion NASA contract.

Oxford has already shipped parts for the Starliner. The plastic it uses, known as PEKK, also resists fire and radiation, according to Oxford. Boeing declined to say how much of the capsule Oxford's parts represent. "It's a significant fraction of the Starliner from the aspects of design, assembly and reliability of high integrity parts," said Leo Christodoulou, director of structures and materials engineering at Boeing. "Using Oxford's materials takes out a lot of cost."

"SHOW ME THE DATA"

Despite its promise and potential sales, customers and investors need to be convinced by repeatable results from printed plastics. "We're still in the show-me stage," Oxford Chief Executive Scott DeFelice said in an interview. "If you don't show me the data I'm not going to believe you."

Oxford, based in South Windsor, Connecticut, started as a materials science company in 2000 and added 3D printing in 2006. It also makes aircraft parts and cranial and facial implants, as well as replacement human vertebrae.

In 2012 it delved into aerospace and defense. Working with NASA, Northrop Grumman Corp and incubator America Makes, it demonstrated printed PEKK could handle temperatures from minus 300 to 300 degrees Fahrenheit among other qualities,

"It's everything from brackets supporting the propulsion system to internal structures for the air revitalization system," Varholak said of the parts for Boeing's Starliner. Printing parts is often faster and less expensive than traditional forging, machining or molding. It requires minimal tooling and touch labor, and allows companies to keep a "digital inventory" of parts, printing as needed, said Terry Wohlers, chief executive of consulting firm Wohlers Associates, which has tracked additive manufacturing for more than 20 years.

Use of 3D technology is surging. Sales reached $1 billion in 2007, jumped to nearly $5.2 billion in 2015 and are expected to hit $26.5 billion by 2021, according to the Wohlers Report, which analyzes the sector. Several relatively small listed companies such as Stratasys Ltd, 3D Systems Corp and ExOne Co offer investors exposure.

Aerospace already accounts for about 17 percent of 3D printing revenue, ranking second after industrial and business machines but ahead of automotive, consumer, electronics and medical products, according to Wohlers.

Aerospace is a "near perfect fit" for 3D printing because it involves complex, expensive parts made in relatively low volumes, Wohlers said. The Starliner is due to blast off for the first time in June 2018 from Cape Canaveral, and carry its first crew in August 2018. It will be launched on an Atlas V rocket supplied by United Launch Alliance, a joint venture between Boeing and Lockheed Martin Corp.