AR to help doctors 'see through' the body 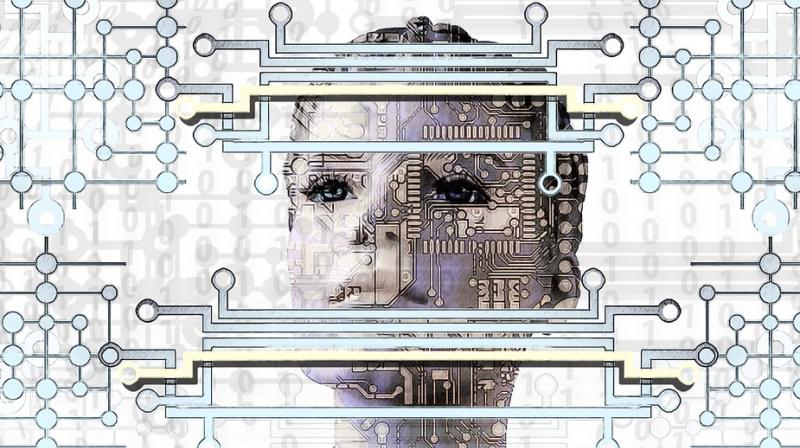 According to the team, this approach can help surgeons locate and reconnect key blood vessels during reconstructive surgery, which could improve outcomes for patients.(credit: pixabay)

Augmented reality headsets can help doctors 'see through' organs and tissues in the operating theatre, and improve the outcome of reconstructive surgery for patients, a study has found.

In a series of procedures carried out by a team from the Imperial College, London, researchers showed that for the first time how surgeons can use augmented reality headsets while operating on patients undergoing reconstructive lower limb surgery.

Researchers used Microsoft HoloLens - a computer headset that immerses the wearer in 'mixed reality', enabling them to interact with holograms or computer-generated objects made visible through the visor. The team used the technology to overlay images of CT scans - including the position of bones and key blood vessels - onto each patient's leg, in effect enabling the surgeon to 'see through' the limb during surgery.

According to the team trialling the technology, the approach can help surgeons locate and reconnect key blood vessels during reconstructive surgery, which could improve outcomes for patients. "We are one of the first groups in the world to use the HoloLens successfully in the operating theatre," said Philip Pratt, a research fellow at Imperial College London.

"Through this initial series of patient cases we have shown that the technology is practical and that it can provide a benefit to the surgical team," said Pratt, lead author of the study published in the journal European Radiology Experimental. "With the HoloLens, you look at the leg and essentially see inside of it. You see the bones, the course of the blood vessels, and can identify exactly where the targets are located," said Pratt.

Following a car accident or severe trauma, patients may have tissue damage or open wounds that require reconstructive surgery using fasciocutaneous flaps. These flaps of tissue, which are taken from elsewhere on the body and include the skin and blood vessels, are used to cover the wound and enable it to close and heal properly.

A vital step in the process is connecting the blood vessels of the 'new' tissue with those at the site of the wound, so oxygenated blood can reach the new tissue and keep it alive. The standard approach for this element of reconstructive surgery has been the use of a handheld scanner which uses ultrasound to identify blood vessels under the skin by detecting the movement of blood pulsing through them, enabling the surgeon to approximate where the vessels are and their course through the tissue.

"Augmented reality offers a new way to find these blood vessels under the skin accurately and quickly by overlaying scan images onto the patient during the operation," said Pratt. In the procedures used to trial the technology, five patients requiring reconstructive surgery on their legs underwent CT scans to map the structure of the limb, including the position of bones and the location and course of blood vessels.

Images from the scans were then segmented into bone, muscle, fatty tissue and blood vessels and loaded into the intermediary software to create 3D models of the leg. These models were then fed into specially designed software that renders the images for the headset, which in turn overlays the model onto what the surgeon can see in the operating theatre.

Clinical staff are able to manipulate these AR images through hand gestures to make any fine adjustments and correctly line up the model with surgical landmarks on the patient's limbs, such as the knee joint or ankle bone.