Technology   In Other news  04 Feb 2019  Air pollution! Threat to the elderly, disastrous for the yet to be born
Technology, In Other news

Air pollution! Threat to the elderly, disastrous for the yet to be born

The greatest threat to human health especially to elderly people, young kids and little ones yet to be born. 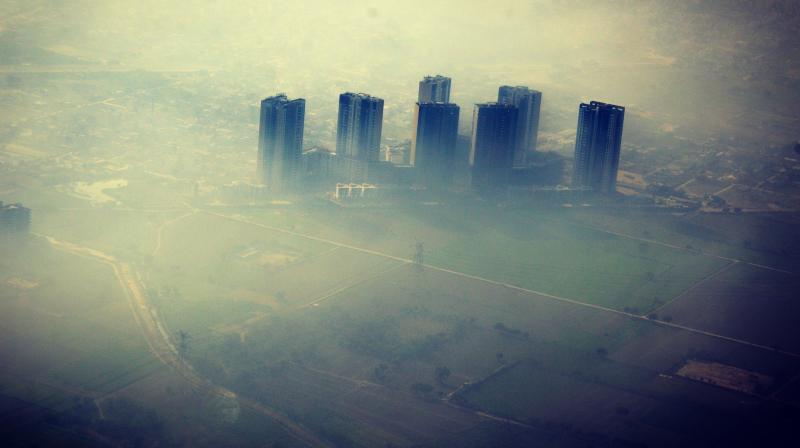 Air pollution is a silent public health emergency that is killing 7 million people annually and damaging the health of many. Despite this, the problem of air pollution is ignored throughout the year. October is usually the start of the capital’s traditional “pollution season” as slower winds and cooler temperatures trap pollutants closer to the ground and this season goes on till February.

A recent report by World Health Organization estimates 9 in 10 people globally are exposed to dangerous levels of pollutants that can lead to cancer and cardiovascular diseases. In fact, another research report suggests that air pollution levels even when deemed safe may be associated with an increased risk of diabetes globally. Air pollution is found to have negative health impact at every stage of life.

As per the UNICEF report “Air pollution is associated with some of the biggest killers of children, such as pneumonia, which is responsible for the deaths of 920,000 children under 5 years of age every year. Air pollution is also linked with asthma, bronchitis, and other respiratory infections and diseases, which can be debilitating, forcing children to miss school, and even cause long-lasting damage to their health and wellbeing”

Clean air is crucial for a child’s future, especially for the first 1,000 days of life, when the brain undergoes the most critical and rapid growth. Air pollution can hamper the brain development, lowering IQ levels, scores and can also trigger neurological-behavioural problems such as anxiety, attention deficit hyperactivity disorder and development delays.

New research report published by Guardian shows undeniable and shocking evidence that toxic air travels through a mother’s body to the baby in the womb. Pollution has already been shown to harm unborn babies. It is an alarming problem. There is a massive association between the polluted air that a mother breathes and its effect on her foetus,” the Guardian quotes Dr Lisa Miyashita, a researcher on the team who works at the Queen Mary University of London, “It is always good if possible to take less polluted routes if you are pregnant – or indeed if you are not pregnant. I avoid busy roads when I walk to the station,” Dr Miyashita reportedly told the Guardian.

It has already been well established earlier that air pollution significantly increases the risk of:

An expansive research study involving over half a million births in London, published in December last year, led doctors to warn that the implications for the several million mothers living and working in polluted cities around the world were “something approaching a public health catastrophe”, says the Guardian.

Air pollution can cause chronic and even fatal infection in an older person. If they have lived in areas where there is less air pollution, or not worked in jobs where they were exposed to a lot of air pollution, they will have less particulate matter in their lungs than a younger person who has worked in a coal mine. But, generally, an older person has “dirtier” lungs, and that makes them more likely to develop respiratory problems.

Finally, with age and the weakening of the body’s ability to filter out and dispose of air pollution come other diseases affecting both the heart and the lungs. So, when the air pollution index is up, these diseases can become worse. Studies have shown that hospitals around the country know well that when the ozone and particulate matter is up, the number of seniors coming in the emergency room increases.

As air pollution is one of the biggest threats to human health and with the alarming pollution levels in the city, everyone is looking for a solution to breathe cleaner air or to minimize the impact.  Here are few important tips from Arvind Chabra, County Head Blueair India to breathe healthy.

-Vacuum frequently and regularly wash beddings and other textiles

-Reduce or remove carpets, which trap unhealthy particles such as dirt, fungi and dust mites

-Cut down on the use of perfume and hair spray

-Wear good quality face masks when you step outdoors as the current AQI is very bad.