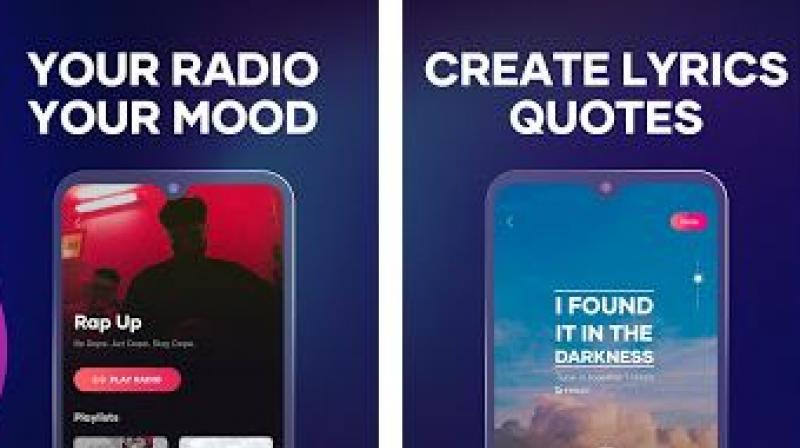 Much like TikTok, Resso encourages the sharing of user-generated content including lyrics and comments, alongside streaming music.

Chennai: Resso, launched by TikTok developer ByteDance on Wednesday, is the new kid on the music streaming block. In a space dominated by Spotify, Gaana, JioSaavn, Apple Music, YouTube Music, Amazon Music and other apps, Resso hopes to make a dent as a ‘social music streaming app’.

Much like TikTok, Resso encourages the sharing of user-generated content including lyrics and comments, alongside streaming music.

However, unlike TikTok which is free to use, Resso, like Spotify, has gone for the freemium model. The free version contains adds and streams music at a lower quality bitrate of 128 kbps. The paid version costs Rs 99 a month on Android and Rs 119 on iOS and allows you to download tracks as well as skip songs.

The rates are similar to those charged by competitors Spotify, YouTube Music, Gaana, Apple Music, and JioSaavn.

Offering a platform for users to express themselves, Resso hopes to build a large following. It also encourages users to directly share lyrics on other social media platforms such as Facebook, Instagram and WhatsApp, other than TikTok.

Chinese tech company ByteDance, which began testing the app in India in December, released it on Android and iOS platforms in India, first in the world. The decision to launch first in India rides on the back of TikTok’s massive popularity. As many as 200 million users have downloaded TikTok in India, and Resso has already bagged 600,000 users in its test phase.