The processor claims to be 35 per cent faster and would add 40 per cent increase in the power efficiency to sustain AI and ML abilities. 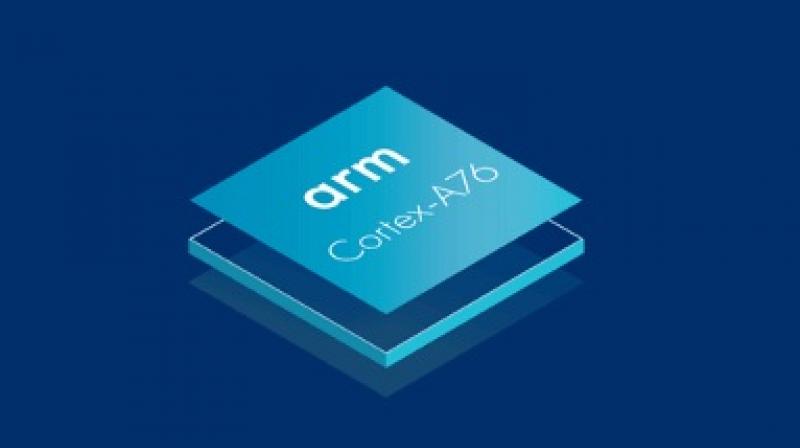 The new processor is built on the same v8.2 architecture as its predecessor.

ARM has launched its new high-performance processor – the Cortex-A76. It claims to be 35 per cent faster than its previous iteration the Cortex-A75. The power efficiency is also reportedly increased by 40 per cent that would add to the increase in AI and machine learning’s performance abilities.

ARM has stated, “ The new Cortex-A76 also delivers 4x compute performance improvements for AI/ML at the edge, enabling responsive, secure experiences on PCs and smartphones. This level of performance, power efficiency, and flexibility changes how consumers engage with their new PCs."

The new processor is built on the same v8.2 architecture as its predecessor; it features a new micro-architecture that claims to be designed for extreme performance and power efficiency. Cortex-A76 is also the second-generation premium core in the DynamIQ big.LITTLE combination.

The A76 promises to deliver laptop-class performance with mobile efficiency, bringing the mobile experience into all classes of intelligent mobile computing devices. The processor also supports the always-on functionality of mobile to large screen devices, with improved energy efficiency and higher single-threaded performance, the Cortex-A76 CPU claims to extend battery life and improve the user experience for high performance across most complex computing tasks.

As reported by GSMArena, the Mali-G76 is the new GPU from Bifrost and when built on a 7 nm processor, it promises a 50 per cent boost in performance compared to a G72. It also increases battery efficiency by 30 per cent with 2.7x improvement in machine learning processes.