Technology   In Other news  04 Jul 2020  Tech This Week | Banning TikTok is another nail on coffin of internet exceptionalism
Technology, In Other news

The action against Chinese Apps is not about data protection but is a political manoeuvre. 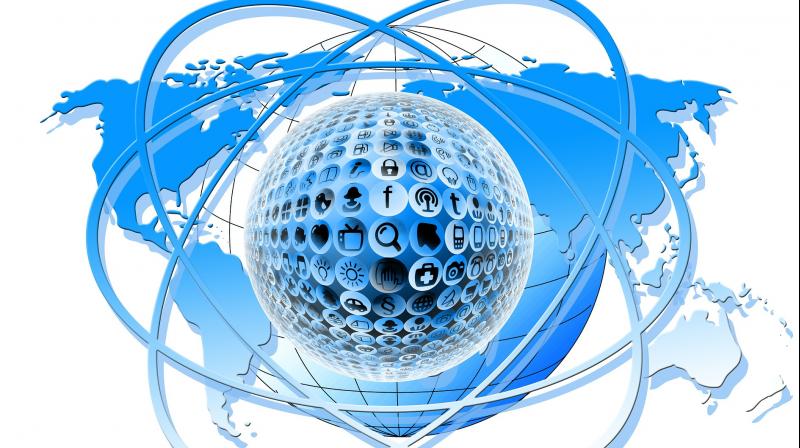 The state has superseded internet exceptionalism and instead used it as a weapon. (Photo | Pixabay - Gerd Altmann)

This has been a busy week for the internet. Earlier this week, India banned TikTok (along with 58 other apps from China). This was followed by Airtel and Jio blocking access to DuckDuckGo (a privacy-first search engine). If we zoom out, there is a strong argument to be made that both of these developments are part of a larger pattern. That is, both these developments are detrimental to the special status we have afforded the internet for so long.

Let me put this into context. Since the early days of the internet, there has been a long-standing belief that it is an exceptional phenomenon. Jeff Koseff’s book, The Twenty-Six Words That Created the Internet, explains this beautifully. At the risk of obliterating all nuance, the book itself is about a law that makes it hard for people to sue internet companies.

The key reason why this law survived and was strengthened in its earliest years was that for the American ecosystem at the time, the internet was an industry that needed to grow. As a result, it should not be subject to regulation which might hinder its growth. And this was inherent in the law, multiple court rulings, months and years apart.  These rulings, along with popular culture, gave birth to internet exceptionalism. Which, in my opinion, peaked when John Perry Barlow, songwriter for the Grateful Dead and founder of the Electronic Frontier Foundation, wrote a ‘Declaration for Cyberspace’.  The Declaration addressed the Governments of the Industrial World. It stated that “We are creating a world where anyone, anywhere may express his or her beliefs, no matter how singular, without fear of being coerced into silence or conformity,” In addition, “Your legal concepts of property, expression, identity, movement, and context do not apply to us. They are all based on matter, and there is no matter here”.

So the Declaration was the motto of Internet Exceptionalism, and Section 230 the tool that made this message a reality. And credit to the US for being far-sighted enough for enabling this industry to grow without regulation.

However, India adopted a different path. In the US, Section 230 was made law in 1996 and became the enabler for free speech on the internet. In India, the Information Technology Act was put in place in 2000. Section 66A of the Act (struck down by the Supreme Court in 2015), had a chilling effect on free speech on the medium. While both those provisions are different in their objective, scope, and approach, they do well to highlight the difference between India and the US when it comes to the internet.  India never adopted a stance on internet exceptionalism as strongly as the United States.

India’s approach is best summed up by Tim Wu and Jack Goldsmith in their book, ‘Who Controls the Internet? Illusions of a borderless World’. The pair were surrounded by literature on globalization, most of which argued that thanks to the internet, governments would diminish in relevance. But all of those arguments missed, or undermined the role of governments and the power they had to shape the experience of the internet.

As it turns out, Wu and Goldsmith’s argument proved to be prophetic, especially in the case of India banning these apps. The state has superseded internet exceptionalism and instead used it as a weapon. Make no mistake; the action against Chinese Apps is not about data protection but is a political manoeuvre. Had security issues been the case, these apps would have been banned a long time ago.

On the other end, China is the flag bearer of government power trumping the internet. The People’s Republic has its own internet ecosystem as well as a digital firewall. In more ways than one, the ‘Declaration for Cyberspace’ did not reach China.  This brings us to zooming out and looking at this intersection between the internet and geopolitics as being part of a larger pattern. In the earlier days of the internet, its applications seemed nebulous and there was curiosity regarding where how it was going to shape our lives.

But fast forward to 2020, and the internet is a more mature conception in people’s minds.

Besides, the digital economy has also inextricably linked with the ‘traditional’ economy.

With that, comes a higher degree of attention and possibly regulation.  We see this throughout recent history. From China’s firewall to the US retaliating as France attempting to tax American internet giants to the US interfering in the semiconductor supply chain to get an advantage over China, to India now using these apps as a tool of retaliation against China.