Technology   In Other news  04 Aug 2020  Europe giving away its data wealth to US cloud storage companies, experts worry
Technology, In Other news

Europe giving away its data wealth to US cloud storage companies, experts worry

The majority of European data is stocked outside of Europe, or, if stocked in Europe, is on servers that belong to non-European firms. 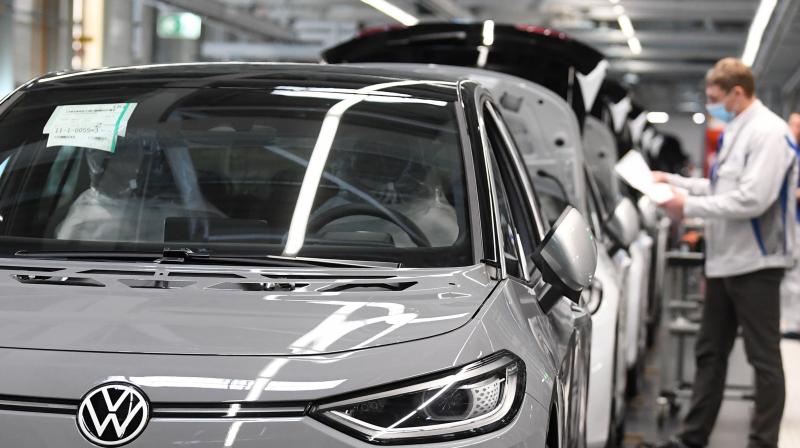 Paris: Europe is sitting on a wealth of data that is the 21st century equivalent of a precious metal mine during the gold rush.

But instead of exploiting it themselves Europeans may be allowing American tech giants to gain control of all the excavation equipment, some experts say, pointing to a flurry of European companies announcing deals with US tech players for cloud services.

The cloud is a term for offering data storage and processing services externally so clients don’t need to invest as much in costly gear.

This trend has sparked concern particularly in Germany, which has a rich trove of data thanks to its powerful industrial sector.

The EU is “losing its influence in the digital sphere at the moment it is taking a central role in the continent’s economy” warned a recent report by a group of experts and media leaders under the leadership of the former head of German software firm SAP, Henning Kagermann.

“The majority of European data is stocked outside of Europe, or, if stocked in Europe, is on servers that belong to non-European firms,” it noted.

A senior French official recently delivered an even more blunt assessment in a meeting with IT professionals.

“We have an enormous security and sovereignty issue with clouds” said the official at the meeting, which AFP attended on the condition of respecting the anonymity of participants.

“In many cases it is convenience or a sellout” by European companies and institutions “because it is simpler” to sign up with US tech giants than find European options, said the official.

“However we have very good firms offering cloud and data services,” he added.

One of the causes of concern for Europeans comes from the Cloud Act, a piece of legislation adopted in 2018 that gives US intelligence agencies access in certain cases to data hosted by US firms, no matter where the server may be physically located.

“My company is American and I know very well what the implications are of the legislation,” said a Franco-American executive.

“And given what is happening in US policy debates, that situation won’t be getting better.”

Beyond the integrity of data, it is the capacity to analyse and exploit that information that worries many European experts and policymakers.

If in Europe “we are just capable of generating data and need others to exploit it then we are going to end up in the same situation as countries with mineral resources that rely on others to process it and end up with meagre economic benefits,” said the French official.

The French and Germans unveiled in June the GAIA-X project that aims to develop a competitive European cloud offer.

Rather than encourage the development of a European champion—in the mold of Airbus in response to Boeing—that would offer the full gamut of services, the project takes a different tack.

It aims to set standards so different firms could offer storage, processing, security and artificial intelligence services seamlessly. It would operate as a marketplace of sorts where each client could find the services they need without having to leave European jurisdiction.

It is hoped GAIA-X’s decentralised model might prove a better fit with the issues raised by treatment of data from connected devices.