Firestorm is a work in progress

Battlefield V’s battle royale mode, Firestorm is finally out and it’s a bit of a mixed bag. 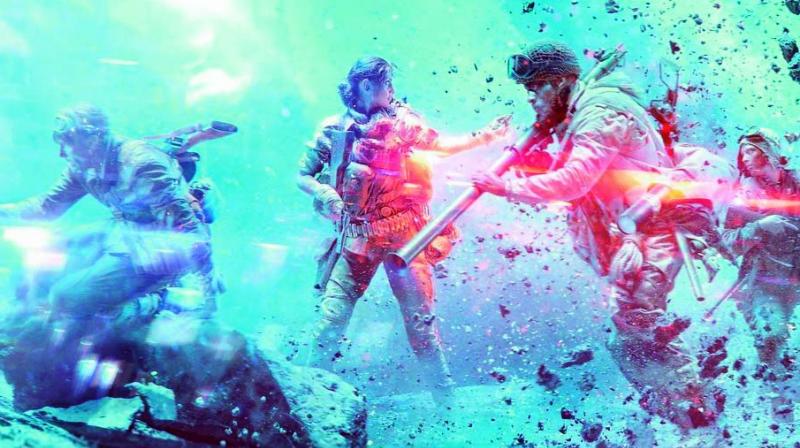 Where the inventory and looting lets Firestorm down, it’s the games’ roots of Battlefield that really help set it apart.

After a series of delays and the surprise launch of the new hit Battle Royale from EA, Apex Legends we finally got a taste of Battlefield V Firestorm. The first thing you notice is how great it looks. It’s easily the best looking Battle Royale out there. With a beautiful map that boasts varied landscapes and of course the massive firestorm that really gets your blood pumping as it gets closer, they’ve pretty much nailed it in this department. However, looks don’t make a great game and once you take a closer look you get a Battle Royale that’s trying so hard it forgets some of the basics.

While it’s easy to appreciate the scale and beauty of Battlefield V Firestorm, the slow looting and poor inventory management really hurt the overall experience and pace of the game. Battlefield has never had an inventory system so building it from scratch with a looting mechanism was always going to be tough but they got it completely wrong; as such Firestorm has possibly the worst system out of all the games in the genre.

Where the inventory and looting lets Firestorm down, it’s the games’ roots of Battlefield that really help set it apart. The sheer scale of the map combined with supply drops and vehicle bunkers help carve an identity of its own in a genre that is quickly getting crowded. The vehicles come with limited fuel and ammunition, giving them more value and forcing players to be a little more conservative instead of going on a rampage across the map. Both supply drops and vehicle bunkers reveal your presence through alarms and smoke cues so there is a huge risk-reward trade off.

Having spent a good number of hours in Battlefield V Firestorm and thousands more across the other Battle Royales; I can safely say that Firestorm is still very much a work in progress. It’s a refreshing change from PUBG, Fortnite and the blistering pace of Apex Legends but it’s far from perfect. I hope that EA will change the inventory and looting system , because it’s a game with good potential and definitely worth trying out if you’re a fan of Battlefield and Battle Royales.