Technology   In Other news  05 Sep 2020  Pentagon reaffirms deal with Microsoft for cloud computing despite Amazon's allegations of bias
Technology, In Other news

However, the contract can’t move forward yet due to a court order putting it on hold as Amazon pursues a lawsuit over the bidding process. 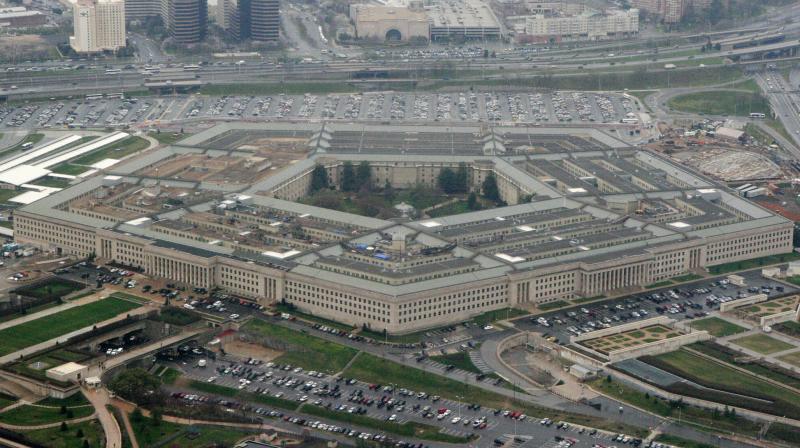 Amazon was considered the lead contender to provide technology for the Joint Enterprise Defense Infrastructure (JEDI) programme, with Amazon Web Services dominating the cloud computing arena and the company already providing classified servers for other government agencies including the CIA. Amazon has alleged it was shut out of the deal because of Trump’s vendetta against the company and its chief executive Jeff Bezos. (Photo | AP)

San Francisco: The US Department of Defense said Friday it is sticking with its decision to award a $10 billion cloud computing contract to Microsoft, despite Amazon’s claims that President Donald Trump improperly influenced the process.

After a second look at proposals for the “JEDI” cloud computing contract, the Pentagon concluded anew that Microsoft is the preferred choice.

“Microsoft’s proposal continues to represent the best value to the Government,” the department said in a statement, adding it is “eager to begin delivering this capability to our men and women in uniform.”

However, the contract can’t move forward yet due to a federal court’s order putting it on hold while Amazon pursues a lawsuit over how the bidding was handled, the Pentagon noted.

“We appreciate that after careful review, the DoD confirmed that we offered the right technology and the best value,” Microsoft said.

“We’re ready to get to work and make sure that those who serve our country have access to this much needed technology.”

Amazon has alleged it was shut out of the deal because of Trump’s vendetta against the company and its chief executive Jeff Bezos.

The entrepreneur, who also owns The Washington Post, is a frequent target of the US president, who claims the newspaper is biased against him.

Amazon is seeking testimony from Trump and other top officials on the reasons for awarding the lucrative deal to Microsoft.

Amazon contended in a blog post that the DoD’s re-evaluation of bids was a “do-over” to let Microsoft fix a flawed proposal so US officials could “validate a flawed, biased, and politically corrupted decision.”

“There is a recurring pattern to the way President Trump behaves when he’s called out for doing something egregious: first he denies doing it, then he looks for ways to push it off to the side, to distract attention from it and delay efforts to investigate it,” Amazon said in the post.

“And then he ends up doubling down on the egregious act anyway.”

Amazon was considered the lead contender to provide technology for JEDI, with Amazon Web Services dominating the cloud computing arena and the company already providing classified servers for other government agencies including the CIA.

Amazon argued in court documents that the Pentagon’s choice of Microsoft was mystifying if not for Trump’s repeated “expressed determination to, in the words of the president himself, ‘screw Amazon.’”

The protest filed in the US Court of Federal Claims urges that the rival JEDI bids be re-evaluated.