Technology   In Other news  06 Jan 2020  PUBG's 'Snow Paradise' - Features on the fresh, new mode of the game
Technology, In Other news

PUBG's 'Snow Paradise' - Features on the fresh, new mode of the game 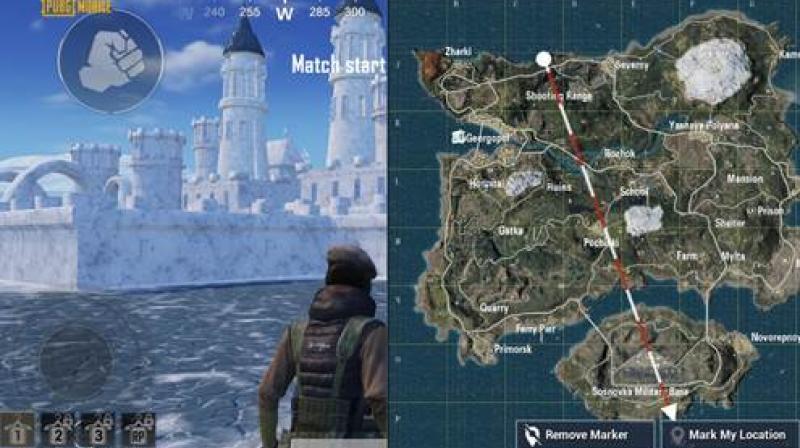 Under this new Winter mode, certain select areas are covered with snow, namely, Stabler, the mountains near Pochinki and Georgopol mountains.

PUBG MOBILE recently released its major update - 0.16.0 for Android and iOS users. One of the fan favorite feature in this new update is ‘Snow Paradise’ under Classic mode in Erangel. Like the Day/ Night mode, the Winter mode is also generated at random. Read on to know more.

Under this new Winter mode, certain select areas are covered with snow, namely, Stabler, the mountains near Pochinki and Georgopol mountains. In this mode, players can snowboard or use the cable cars to get up and down these mountains. All players are equipped with a snowboard, however one must note that these would work only on snow.

Apart from regular crate drops, there are also special crates which spawn on top of all three snow covered mountains. These crates usually contain level 3 gear, top tier weapons, along with suitable attachments. One new and interesting item that is available in this crate is the Frozen Egg.

You will find these Frozen Eggs in special crates on top of the snow covered mountains. By throwing these frozen eggs, players can create an instantaneous ice sculpture. The Snow Chicken ice sculpture not only looks good but also provides great cover during those close combat situations. Imagine a scenario wherein you are in the last circle, out in the open and there is no cover; you can now create your own cover, if you just have these Frozen Eggs. Each Frozen Egg can conjure up one Snow Chicken ice sculpture.

Apart from the three snow-covered mountains, there is a new landmass in the Winter mode- right between Georgopol containers and apartments. This is the spawn island that you can see during the waiting area, before the start of the game. You can reach this island by a short swim or with the help of a speed boat or jetski. This spawn island is visible from Georgopol and has an abundance of good loot spread across the winter castle in this island.

In the Winter mode, there is a special area on top of Stalber mountain, resembling a downhill snowboarding course, constructed of a series of indicators (flags). You can compete against your own squad or do a solo downhill cruise on your snowboard. Players can even perform tricks on the snow with their snowboard, however they must reach a certain speed to perform freestyle tricks. While it is easy and fast  going down on a snowboard, going up a mountain on a snowboard will be difficult and slow. You are better off running up the mountain than using the snowboard. Do note that snowboards will work only in snow covered areas.

Apart from these new snow specific features, the game brings over a number of new features and changes to the game such as auto bandaging, ability to move while healing, RageGear mode,  Auto-Buffering feature, and much more.