Year of the photo sapiens 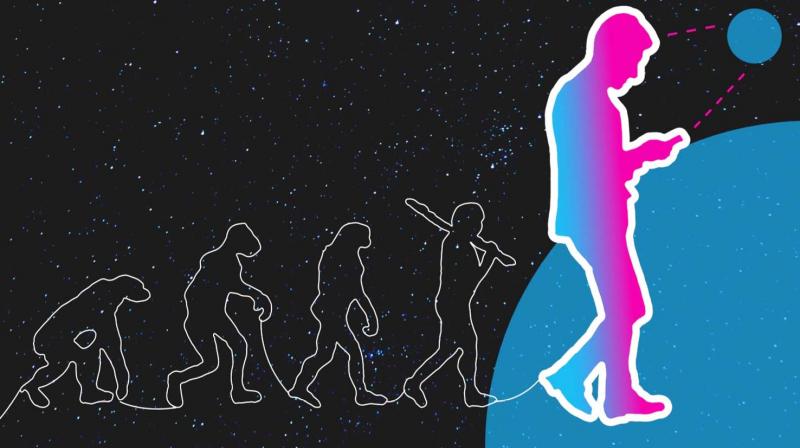 In a 'mobile first' world sociologists say we are turning into a new species that they call phono sapiens.

As we enter 2020, the number of mobile telephone subscribers in India, has just crossed 1.2 billion. Even allowing for some of us with multiple SIMS, this is pretty much blanket communication coverage in a population that hovers between 1.3 and 1.4 billion. In a 'mobile first' world sociologists say we are turning into a new species that they call phono sapiens. We work and play with our handset as the key device -- and when we feel the need for other appliances from TVs to music systems to healthcare aids, we use mobile apps to make the experience easier.

But here's the rub: this is a frantic digital world and as the Red Queen told Alice in Wonderland, "We must run as fast as we can, just to stay in place. And if you wish to go anywhere you must run twice as fast as that." Which is why we hope this cheat sheet to the new technologies touching us and their latest versions, may help in making canny purchase decisions -- or just sounding geeky among friends.

5G and all that

This week's CES show in Las Vegas will see major handset makers flaunt their 5G-ready models. And by April, some of them can be bought in India. But sorry, 5G networks won't be up and working in India this year. Greedy official policy decisions have delayed the whole upgrade process in India and major mobile companies are still in a testing phase. So don't all rush to change your perfectly good 4G phones -- yet.

WiFi 6 is the next generation wireless network standard that's at least 2-3 times faster as the fastest current standard 802.11ac ( Yes, they have simplified the naming system). Clever tweaking makes WiFi 6 better at penetrating walls and getting around corners. If you are buying a home router this year, pay a little extra for a WiFi6 model. Data providers and device makers have not yet upgraded, but that will happen in 2020, so think of this as future proofing.

The best investment in personal technology you can make today -- if you have not already done so -- is in a smart wearable... mostly a smart watch that has multiple health monitors built in. Continuous blood pressure and pulse rate measurement have become very common. If you are getting on in years, make sure the wearable can also record an ECG trace. It won't be as accurate as a 12-lead hospital machine -- but if you feel uneasy you can quickly send the trace via Whatsapp to your doctor who can tell a serious cardiac condition from "gas" and advise you accordingly. The latest Apple Watch 5 now has the ECG function, but many Android smart watches in India also offer this for Rs 6000 upwards.

First came the earbud-type in-ear phones. Then someone thought to put some sensors into the earpiece. Now you have hearables: wearables that do most of what the wrist versions do. Tech analyt IDC predicts that soon hearables will not just clone the smart watch tracker functions but will also double as devices to tackle hearing loss. Microsoft is set to launch its Surface Earbud by April. And Google's upcoming PixelBud will connect to its voice assistant and also do live language translation. "Lend me your ears", they are all saying!

Many credit card and debit card users in India might unknowingly be using the latest versions which incorporate Near Field Communication (NFC). This allows you to make easy point-of-sale payments by tapping or even taking the card within 4 cms of the terminal. Such contactless payment systems come with a small risk. Cyber baddies have found ways to connect with the card from nearby, even while brushing past you in airports or such places. A writer in the authoritative Payments Journal says: "Contactless cards (are) off on the wrong foot with NFC". Wallets and Travel bags increasingly come with special pouches with a radiation shield to prevent such wireless skimming, but be alert, this is not yet fool proof technology.

Voice is way to go

We are increasingly being pushed to interact with home appliances or ask all our questions , with voice. Google, Apple and Amazon have competing tools: Google Assistant, Siri and Alexa. Samsung has its own smart assistant standard : Zigbee . The problem is these four standards talk to us, but don't talk to each other. Consider: You have a smart Samsung refrigerator, but your smart bulbs only work with Alexa and your video doorbell is a Google device. Three non compatible standards mean bedlam, not a smart home. In Las Vegas this week, they are expected to grope towards a single standard. Till then, your Alexa or Google Assistant-driven speaker is good as an info centre, nothing more. But 2020 will see many new phones working with a smart voice assistant.

Some or all of these technologies will touch you in 2020. Enjoy -- but take care!