Technology   In Other news  06 Mar 2019  Galaxy S10 has highest-ever A+ grade display panel: DisplayMate
Technology, In Other news 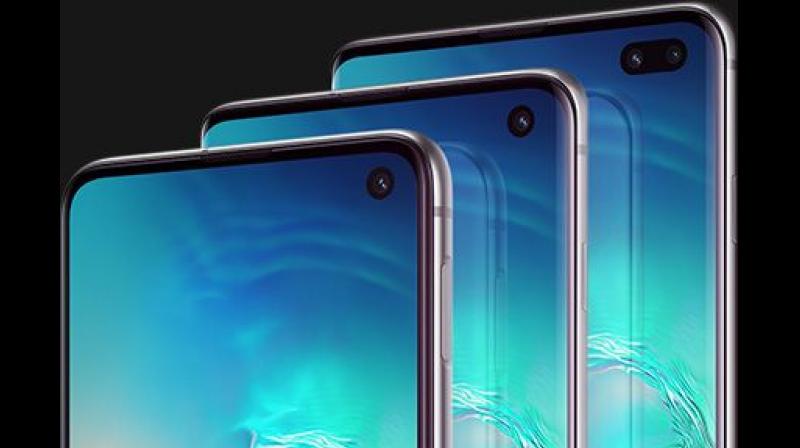 Another bar-raising mobile display, another record-breaking rating from the industry’s authority on display technologies.

After a comprehensive evaluation process, DisplayMate Technologies has deemed the Galaxy S10’s display “the most color accurate display that we have ever tested, [and] almost certainly considerably better than your existing smartphone, 4K UHD TV, tablet, laptop, and computer monitor.” Like the Galaxy Note9 and Galaxy S9 before it, the Galaxy S10 established or matched several smartphone display performance records during DisplayMate’s extensive tests, ultimately becoming the latest flagship Galaxy device to earn the firm’s highest-ever “Excellent A+” grade.

Featuring a peak luminance of 1215 nits, the Galaxy S10’s display produces crisp, vibrant visuals when users need them – such as when they’re outside and under direct sunlight, or in environments with lots of ambient light. And with a relative power efficiency rating of 1.54 watts – an improvement on the Galaxy S9’s 1.70-watt rating – the Galaxy S10’s display is not only brighter than last year’s model, but also more energy efficient.

In addition to being the first mobile display to support HDR10+, a next-generation open standard for high dynamic range (HDR) video, the Galaxy S10’s display has been verified by DisplayMate to offer record-setting color accuracy. Its 0.4 Just Noticeable Color Difference (JNCD) rating in the DCI-P3 color range is a marked improvement over the Galaxy S9’s 0.7 JNCD score. This means that the Galaxy S10’s display can be counted on to deliver outstanding picture quality, with a level of color accuracy that is, according to DisplayMate’s report, “virtually indistinguishable from perfect.”

To help users protect their eyes from blue light, which studies suggest can affect our ability to get a good night’s rest, the Galaxy S10 features built-in technology that reduces blue light by up to 42 percent.1 The display has also received a coveted ‘Eye Comfort’ certification from world-class German testing and certification body TÜV Rheinland for its record-low blue light output. Whereas conventional smartphone OLED panels’ visuals feature roughly 12 per cent blue light, the Galaxy S10’s feature just seven per cent – the lowest level in the business.

After detailing the display’s record-setting enhancements in his report, DisplayMate Technologies’ President, Dr. Raymond Soneira, noted that “What is particularly significant and impressive is that Samsung has been systematically improving OLED display performance with every Galaxy generation since 2010.”

The Galaxy S10 adds an exciting new chapter to that legacy, and underlines Samsung Electronics’ continued commitment to developing the most immersive displays on the market.