Technology   In Other news  06 Mar 2020  An IISc developed system that detects emotions could help solve crime
Technology, In Other news

Emotion detection is a part of the scientific discipline Computer Vision, which tries to replicate the way humans process data from images 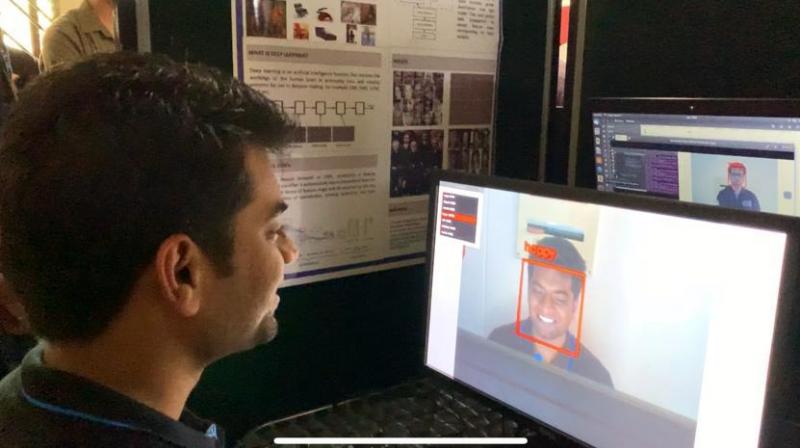 The Emotion Detection System was showcased to the public by IISc Bengaluru at an Open Day held on March 1, 2020.

Bengaluru: The Indian Institute of Science’s Department of Computational and Data Sciences has developed a real-time emotion detection system that helps computers understand and respond to human emotions, a utility that could have applications in solving crimes.

Emotion detection is a part of the scientific discipline named Computer Vision, which attempts to replicate the complexity of human vision, whereby computers or robots can make inferences similar to how human do when they see images or watch videos.

The inferences made or data processed in this manner is then used by the system to make actionable decisions, just like a human could. As such, the emotion detection system (EDS) has applications in various fields, particularly in crime detection.

The emotion detection system is machine learning based, where datasets are fed in and the system learns to recognise emotions from repetitive patterns.

Giving an example of how CCTV footage can be used by computers in solving crime, project researcher Chaitra Jambigi said that the EDS could pinpoint suspects of a crime by analysing faces seen in the footage for seven different emotions such as anger, sadness, happiness, disgust, fear and nervousness apart from a neutral state. Police can then takeover and investigate further to solve cases.

The EDS is however not foolproof. “The main challenge in computer vision is the semantic gap between reality and what the computer interprets,” Jambigi said. The effort is to minimise this gap and get as accurate information as possible.