The new drone takes off and lands vertically like a helicopter, is more stable and can spot moving objects better than humans. 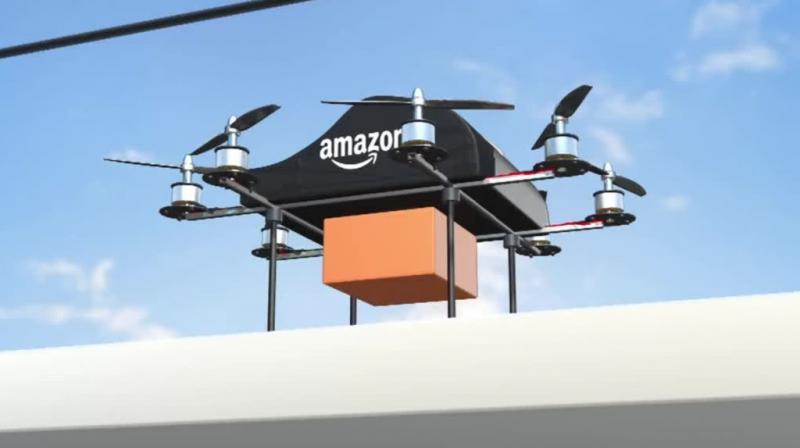 Wilke did not say where customers might see the drone in action, but Amazon made its first customer delivery by drone in the United Kingdom in 2016.

Amazon.com Inc has new drones that will deliver packages to customers in 30 minutes or less in the coming months, a step toward a goal that has eluded the retailer for years.

The new drone takes off and lands vertically like a helicopter, is more stable than prior models and can spot moving objects better than humans can, making it safe, Jeff Wilke, the chief executive of the company’s consumer business, said at the company’s “re:MARS” conference in Las Vegas on Wednesday.

Wilke did not say where customers might see the drone in action, but Amazon made its first customer delivery by drone in the United Kingdom in 2016.

For years, the world’s largest online retailer has promised that packages would be landing on shoppers’ doorsteps via these small aircraft, but hype around the service has long outpaced reality. The company has worked to ensure that hard-to-see wires would not trip up its vehicles, for instance, and it has faced tough regulations limiting commercial flights, particularly in the United States.

The company’s announcement indicates its ambitions have hardly shrunk. Wilke said Amazon has been working to build fully electric drones. These can fly up to 15 miles (24 km), and Amazon is adding facilities closer to urban areas. They also can carry goods that weigh under 5 pounds (2.3 kg), which represent the majority of the items it sells.

At the conference, Amazon also formally introduced “StyleSnap”, a feature on its smartphone app that lets shoppers upload a picture of an outfit they like and get recommendations for similar items to buy. The feature launched in April, Wilke said, noting that shoppers had struggled to find styles that they could not describe in words.

When providing recommendations, StyleSnap considers factors such as the brand, price range and customer reviews, the company said in a blog post.

Other announcements included a new warehouse sorting system already live in Denver, Colorado that relies on small robotic vehicles topped with miniature conveyor belts that take packages to the correct chutes for delivery. These, and another robot Amazon unveiled, are updates to the Kiva “drive units” the company acquired years ago.

Users of Amazon's voice-controlled speakers may also see updates through "Alexa Conversations," which the company announced so developers make their services on the virtual assistant Alexa more conversational. This follows work Amazon has done on the topic of conversational AI with university researchers.