Technology   In Other news  06 Aug 2020  ByteDance boss in a predicament over Trump's ultimatum on TikTok
Technology, In Other news

Zhang Yiming has been given just six weeks to find a buyer for the app in the United States or have it banned in its second largest market. 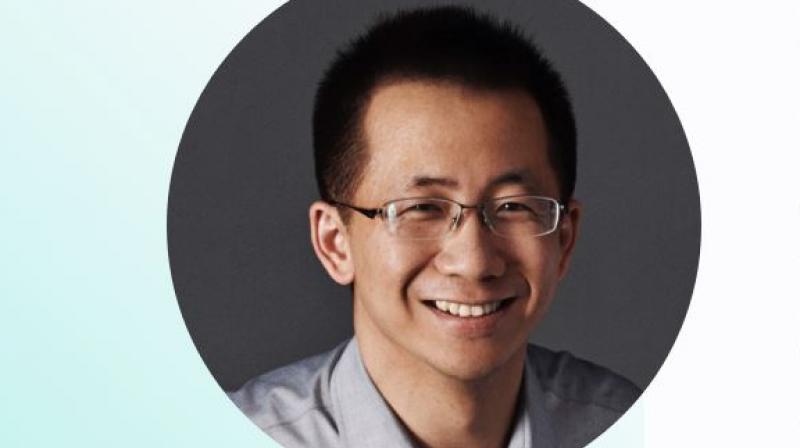 Zhang Yiming finds himself under enormous pressure as he tries to assure the world that TikTok is safe and secure, while also protecting his image at home by not appearing to give in to demands from the West. (Photo | bytedance.com)

Beijing: The Chinese billionaire behind teen phenomenon TikTok is a 37-year-old tech guru whose eye for youth trends has blasted the app to global success—but his inventiveness may not be enough to save the company’s lucrative US market.

Zhang Yiming finds himself under enormous pressure as he tries to assure the world that TikTok is safe and secure, while also protecting his image at home by not appearing to give in to demands from the West.

It is the international version of ByteDance’s domestic Douyin app, and the separation of the two shows how the canny Zhang has tried to play the free-wheeling global market while also staying on the right side of China’s strict internet authorities.

The attempt to have a foot in both camps is looking increasingly precarious, however, as TikTok tries to thread its way through rising tensions between Washington and Beijing.

Zhang has now been given just six weeks to find a buyer for the app in the United States or have it banned in its second biggest market.

ByteDance has taken Zhang—a programmer before he became a businessman—to the highest echelons of China’s billionaire club, surpassing many more-established tech tycoons.

Analysts at Tokyo-based Akita Michinoku Capital estimate that last year the company more than doubled its 2018 revenue of around $7.4 billion, adding it was becoming a “viable competitor” to Facebook and Google-parent Alphabet.

TikTok was designed on the back of Zhang’s pioneering use of artificial intelligence, which earlier found success in China with the flagship news aggregation app Jinri Toutiao.

A series of local and foreign acquisitions followed, but it was the launch of TikTok that really took the company to the next level.

It has been downloaded over two billion times worldwide since it launched three years ago, with India and the US forming the top two international markets.

ByteDance now has over 60,000 staff in 30 countries, and in March Zhang said they were looking to recruit around 40,000 more—bringing it close to the headcount of Chinese e-commerce giant Alibaba.

The company also announced plans Thursday for its first data centre for European users, to be set up in Ireland.

But TikTok’s meteoric rise has been interrupted this year as the company found itself a casualty of China’s worsening global relationships.

It lost one massive market after New Delhi banned the app following a bloody border clash between Indian and Chinese troops in the northeast.

And like telecom giant Huawei, it came under scrutiny after concerns that ByteDance could be forced to share user information with Chinese intelligence.

The company insists it has never provided user data to the Chinese government—and wouldn’t even if asked.

Still, President Donald Trump demanded this month that the US operations of TikTok be sold within six weeks to an American company, or it would be shut down.

It is not clear what effect this might have on the rest of its international operations, but Washington has largely succeeded in strong-arming the rest of the world into spurning Huawei and its 5G technology.

Even if Zhang agrees to sell TikTok and pocket a fortune, he faces anger at home as some nationalistic voices in China have begun calling for a boycott of ByteDance if he lets that happen.

“A big challenge for ByteDance is that its rise coincides with growing tensions between China and the United States,” said Zhiqun Zhu, chair of the international relations department at Bucknell University in the US.

“It has become a victim of the US-China technological competition.”

While Microsoft has emerged as a contender to purchase its services in the US, Canada, Australia and New Zealand, any sale looks far from certain.

In any event, TikTok is not going down without a fight.

The company this week restated its plan to become a “global company” and to re-establish TikTok’s headquarters outside the US.

“TikTok has always operated as a global enterprise with its leadership team operating out of multiple markets around the world outside of China,” a company spokeswoman said.

“We expect that to continue for the foreseeable future.”