Bullet Messenger, a Chinese messaging app, has racked up millions of downloads since its debut just a few weeks ago. 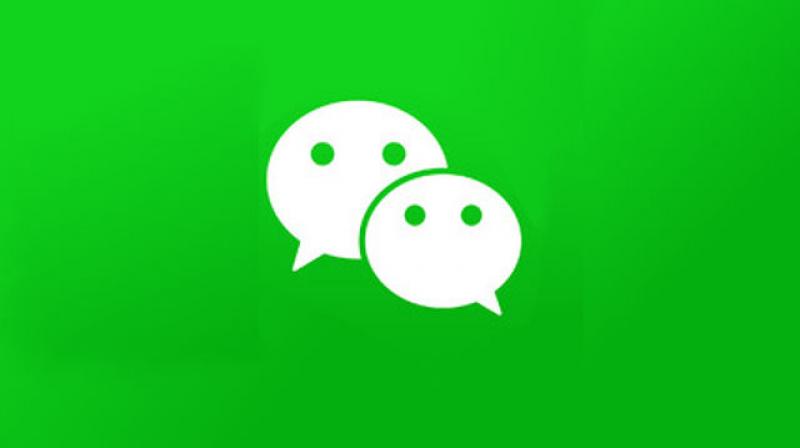 Bullet Messenger, a Chinese messaging app, has racked up millions of downloads since its debut just a few weeks ago, using a stripped-down design to chip off a chunk of a sophisticated, billion-user market.

The Beijing-based company launched its app on Aug. 20, and within a week became the most downloaded free offering on Apple Inc’s App Store in China. Analysts say its rapid ascent, driven by Chinese internet users’ craving for alternatives to the ubiquitous WeChat, underscores just how fast China’s mobile internet landscape can change.

“The cycle of disruption in the Chinese internet space is getting much, much faster,” said Matthew Brennan, co-founder of tech consultancy China Channel.

“There is an increasingly large amount of easy money chasing increasingly fewer opportunities, while there is also a very large pool of talented entrepreneurs now, so people know how to scale businesses fast — there is an established playbook,” he added.

Some analysts have described Bullet Messenger as a potential challenger to Tencent Holding’s WeChat — although it lags far behind the Chinese super-app, which has more than 1 billion users. Bullet’s minimalist design stands out, as does a feature that instantly turns voice messages into a text as the user speaks, and sends each voice message with a transcript that can be edited.

Users say the technology, supplied by Chinese voice technology firm iFlytek Co, allows them to chat faster without having to type or listen to voice recordings — a time-consuming act for the receiver that is considered impolite in WeChat etiquette in China.

WeChat offers a similar voice input function, but it is hidden in the app’s interface and not commonly used. It also does not allow voice messages and transcripts to be sent simultaneously, as Bullet does. Wang Guanran, a Shanghai-based senior analyst with Citic Securities, described Bullet’s key advantage as being “lighter” than WeChat.

For example, WeChat’s extra functions include payment and gaming, while Bullet only offers to message and a newsfeed, and its interface allows users to respond to messages in fewer steps.

“In a time of information overload, it makes communication more simple,” he said.

Bullet, developed by Beijing Kuairu Technology, says it amassed 5 million registered users within 10 days of its launch. It is backed by Smartisan Technology, a niche smartphone maker founded by English-teacher-turned-entrepreneur Luo Yonghao.

Kuairu said it has a team of just 36 people with an average age of 27 and raised 150 million yuan ($22 million) from venture capital within seven days of the app’s launch.

The company declined to give details and turned down a request for an interview. Company registration records show Kuairu was registered in May with a capital of 100,000 yuan. Zhang Ji and Hao Xijie, both former Smartisan managers, are listed as its two directors, while Wang Li, a chief operating officer of Chinese dating app Momo Inc was listed as the sole owner as of May 9. Momo said Wang is an investor in Bullet but did not hold any position at Beijing Kuairu.

According to Chinese corporate database Tianyancha, Smartisan and two local venture capital firms, Chengwei Capital and Gaorong Capital, invested in August. Chengwei and Gaorong did not immediately respond to a request for comment.

The rapid rise of Bullet serves as a wake-up call for WeChat, analysts say, which has seen no serious challenger in China’s mobile messaging world since it was launched in 2011.

“The Chinese consumer is considerably more fickle than the global average,” Brennan said. “There are always new consumers willing to try new products and platforms.”

Foreign services such as WhatsApp and Facebook Messenger are banned in China, where service providers are required by law to censor their content. The other mainstream option for messaging is QQ, with mobile and desktop versions, which is also run by Tencent and is popular among younger people.

Liu Hai, 29, an auto engineer in Shanghai, said he downloaded Bullet in part out of curiosity, but also because he was frustrated with the number of work messages cluttering his WeChat account.

“There are too many workgroup messages on WeChat. It feels like I am working all the time. I cannot even block it out on weekends,” he said.

Liu said he was impressed with Bullet’s speed and voice-recognition technology, which was able to decipher his southern Chinese accent. But he said he lost interest after three days because “nobody is actually on it.”

“Also, when chatting at work, speaking to your phone looks kind of stupid,” he added.

Smartisan’s Luo said on his Weibo account, which has 15 million followers, that Bullet is simply providing a niche alternative to WeChat for users seeking faster communication.

“This is not a WeChat killer. The bullet is still tiny and has a lot to prove,” said Brennan, who said it is “very, very difficult” to build a social network and make people stay.

Fans of Luo and Smartisan, meanwhile, are cheering the app’s success as a comeback for the struggling smartphone maker. Xu Kuo, 31, an entrepreneur who describes himself as a hardcore Smartisan fan, said via Bullet: “I am uninstalling WeChat to support Lao Luo.”