Technology   In Other news  07 May 2020  Facebook's ‘Supreme Court’ of Nobel winner, former Guardian editor, former PM, others to rule on content
Technology, In Other news

The oversight board is to make binding decisions on hate speech and misinformation, following free speech norms and preventing censorship. 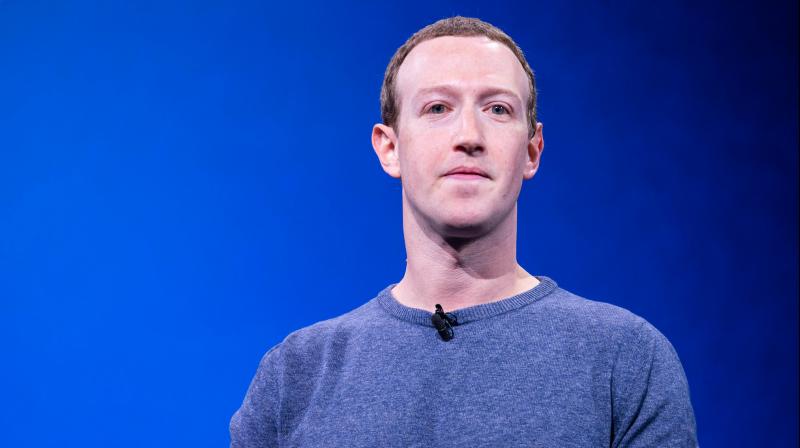 The Facebook oversight board will be able to overturn decisions by the company and Chief Executive Mark Zuckerberg on whether individual pieces of content should be allowed on Facebook and Instagram. But critics call the oversight board a bid by Facebook to forestall regulation or even an eventual breakup. (Photo | Flickr - Anthony Quintano)

San Francisco: A year and a half after announcing its creation, Facebook has named the initial 20 members of its oversight board, a quasi-independent panel that is to make decisions on thorny issues.

The oversight panel is intended to rule on difficult content issues, such as whether Facebook or Instagram posts constitute hate speech. It will be empowered to make binding rulings on whether posts or ads violate the company’s standards. Any other findings it makes will be considered ‘guidance’ by Facebook.

Facebook cannot remove members or staff of the board, which is supported by a $130 million irrevocable trust fund.

The board’s members were named by Facebook and hail from a broad swath of regions around the world. They include Tawakkol Karman, a Nobel Peace Prize laureate from Yemen, Alan Rusbridger, the former editor-in-chief of British newspaper The Guardian, and Helle Thorning-Schmidt, the former prime minister of Denmark.

According to Facebook, the Oversight Board members have lived in more than 27 countries, and speak at least 29 languages among them.

“For the first time, an independent body will make final and binding decisions on what stays up and what is removed,” Thorning-Schmidt said.

“This is a big deal; we are basically building a new model for platform governance.”

Critics call the oversight board a bid by Facebook to forestall regulation or even an eventual breakup.

Catalina Botero-Marino:  A former special rapporteur for freedom of expression of the Inter-American Commission on Human Rights of the Organization of American States; currently dean at the law school of the Universidad de los Andes in Colombia.

Michael McConnell: Former US federal judge who is now a constitutional law professor at Stanford University.

Helle Thorning-Schmidt: Former prime minister of Denmark who later served as CEO of Save the Children.

Pamela Karlan: Stanford Law professor and former US Justice Department official who is on the board of the American Constitution Society.

Maina Kiai:  A director of Human Rights Watch’s Global Alliances and Partnerships Program, and a former UN special rapporteur who has been a human rights advocate in Kenya.

Ronaldo Lemos:  A technology, intellectual property and media lawyer who co-created a national internet rights law in Brazil, and teaches law at the Universidade do Estado do Rio de Janeiro.

Emi Palmor:  A former director general of the Israeli justice ministry who led initiatives to address discrimination and promote diversity.

Alan Rusbridger:  A former editor-in-chief of The Guardian who oversaw its Pulitzer Prize-winning coverage of the Edward Snowden disclosures.

Andras Sajo:  A former judge and vice president of the European Court of Human Rights.

John Samples: A vice president of the US-based libertarian Cato Institute who writes extensively on social media and speech regulation.

Nicolas Suzor: A Queensland University of Technology Law School professor who focuses on the governance of social networks.