The game promises intense missions and car battles, whatever that means. 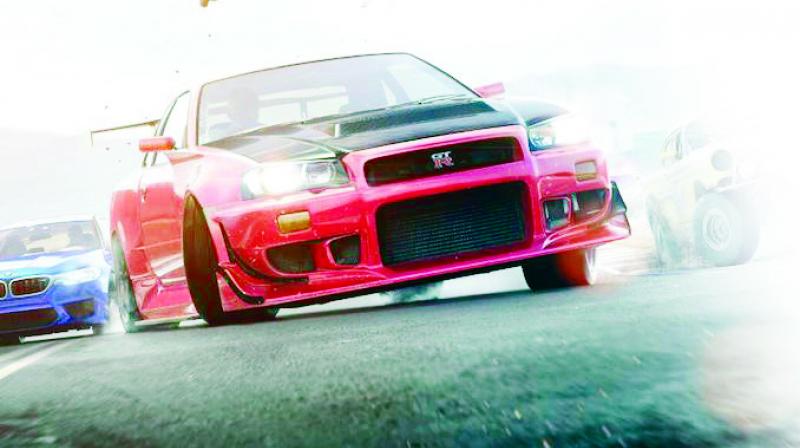 Easily one of the most loved racing franchises of all time, NFS has seen better days with fans disappointed over recent games. After a short break, the franchise revival is in the hands of the Fast and Furious themed Need For Speed Payback.

While details on the story are minimal, they seem to involve cops, high speed chases, possible heists and a very cinematic experience; the closest Need For Speed parallel I can draw is possibly Need For Speed: The Run, and that is not a good thing. The game is set in fortune valley as you and your crew take on the The House, a cartel that runs the casinos, criminals and has the cops in their pocket. The game promises intense missions and car battles, whatever that means.

One thing NFS fans have been waiting for is the return of greater customisation and tuning, and EA has promised in depth personalisation and car tuning options. While I’m not personally sold on the whole concept behind Need For Speed Payback, a cinematic racing game might just work this time around, who knows! The real problem, however, is with the deluxe edition of the game.

On the surface, the deluxe edition of NFS Payback is like any other premium edition, you get three-day early access to the game, exclusive customisation options, five per cent rep bonus in game, and a 10 per cent discount on in-game purchases (hopefully these aren’t microtransactions). The last part is a special Story Mission Pack — “Prepare to leave rubber on the road in this intense mission pack, where it will take every trick you know to cross the finish line”. This is quite odd considering the story seems to be at the centre of NFS Payback and here, we have EA putting story on launch behind the deluxe edition pay wall. While I get the concept of giving exclusive access to content for those who are willing to pay more, adding story missions in a story driven game on launch for extra money doesn’t really help re-instill faith in EA given their notorious reputation.

Keeping EA’s poor practices aside, I do hope the game comes out well considering this is a big comeback for the franchise. With games like Forza Horizon 3 soaring in popularity and also available on PC now, a large portion of the racing fan base already has enough to choose from, so, Need For Speed Payback definitely has its work cut out. Need For Speed Payback is set to launch on November 10, 2017 and the standard edition will be available in India for Rs 3,499 for Xbox One, PlayStation 4 and PC while the Deluxe Edition comes in at a whopping 33 per cent more at Rs 4,799, with extra story missions, of course.