The game won’t necessarily be a bad one, just far from what everyone was hoping it would be. 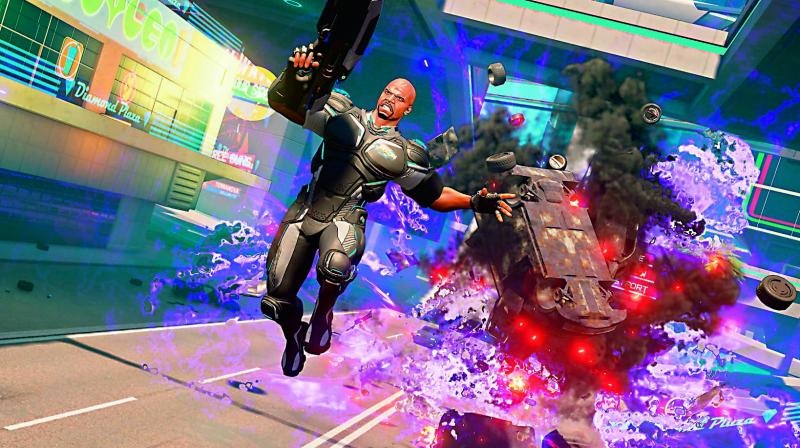 You get to play as Crackdown agents as you go around an open world divided into zones, each with different type of missions.

While Sony and Nintendo are enjoying a good run, Microsoft finds itself in a tight spot; desperate for a big win. Unfortunately for Microsoft, their immediate situation isn’t likely to change with the much-awaited Crackdown 3 looking mediocre at best. I had a chance to get a look at the game in its current state, just two weeks shy of launch and it looks like an uninspired open world shooter, far from what we saw or expected from the various E3 reveals.

You get to play as Crackdown agents as you go around an open world divided into zones, each with different type of missions. From destroying equipment to fighting robots on train stations. Clearing zones lead to progression and presumably boss fights. The gameplay and gunplay seems underdeveloped and not an evolution of what made fans flock to the original crackdown games. What’s good is that there is no right or wrong order of doing things. The whole world is open to you from the start to explore and clear the enemies as you deem fit. In fact you can even head on over to the final boss whenever you like, though don’t expect to get too far.

Crackdown 3 is essentially more or the same with slightly better visuals but no sight of the new cloud tech Microsoft was hoping to employ apart from it’s multiplayer mode. It’s essentially a game that feels like it’s late to the party, by a decade or so. This should’ve been Microsoft’s big push for what only the Xbox and PC can achieve with its cloud computing addon but the feature got relegated to only the multiplayer which feels underwhelming to say the least. It’s not bad, but it’s nothing special either.

Crackdown 3 won’t necessarily be a bad game, just far from what everyone was hoping it would be. I have no doubt Crackdown 3 will be a ton of fun for fans of the franchise, but it won’t deliver on the promise of unlocking the full potential of the Xbox One. Most of the recent Xbox exclusive, be it AAA or smaller titles have done well commercially at least, if not in terms of response from critics and gamers. Crackdown 3 might just sneak it’s way on to the same list thanks to the big Xbox Games Pass push; which is great because in its current state from what I saw, it’s hard to justify a full price purchase

Microsoft needed a big hitter to go against the likes of Spiderman, Bloodborne and or even God of War for that matter, but what it got instead is a game that just about managed to climb its way out of development hell. Unfortunately, for Microsoft the story only gets worse as it’s launching in one of the toughest launch periods this year; competing with the likes of Anthem, Metro Exodus, Far Cry: New Dawn and the recently launched Apex: Legends.