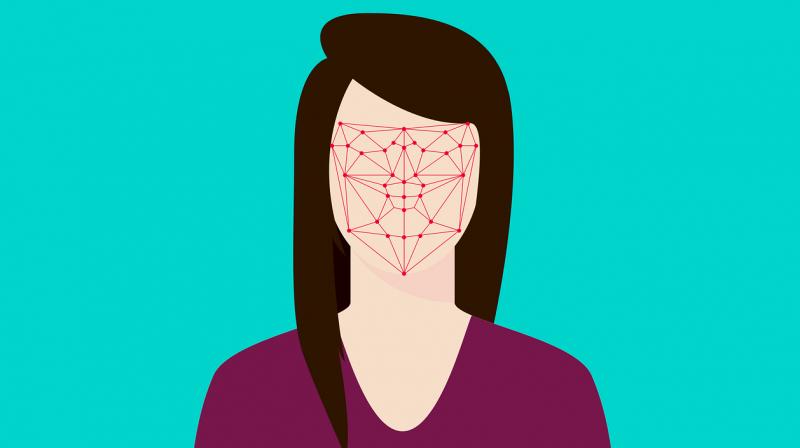 US senators are scrutinising a facial recognition software company over privacy concerns and the possible sale of its services to authoritarian regimes. New York-based startup Clearview AI has drawn attention following investigative reports about its practice of harvesting billions of photos from social media and other services to identify people. (Image | Pixabay - Teguhjati Pras)

London: As night falls in London, Georgina Rowlands and Anna Hart start applying makeup. Instead of lipstick and eyeliner, they're covering their faces with geometric shapes.

Rowlands has long narrow blue triangles and thin white rectangles criss-crossing her face. Hart has a collection of red, orange and white angular shapes on hers. The technique is called CV Dazzle.

They're two of the four founders of the Dazzle Club, a group of artists set up last year to provoke discussion about the growing using of facial recognition technology.

The group holds monthly silent walks through different parts of London to raise awareness about the technology, which they say is being used for ``rampant surveillance.'' Other concerns include its lack of regulation, inaccuracy and how it affects public spaces.

The CV Dazzle technique, developed by artist and researcher Adam Harvey, is aimed at camouflaging against facial detection systems, which turn images of faces into mathematical formulas that can be analyzed by algorithms. CV Dazzle - where CV is short for computer vision - uses cubist-inspired designs to thwart the computer, said Rowlands.

``We often go for blacks and whites, very contrasting colors, because you're trying to mess with the shadows and highlights of your face,'' she said.

A similar technique was used extensively in World War I to camouflage British naval ships and confuse opponents about the actual heading or location of the ships.

To test that their designs work, they use the simple face detection feature on their smartphone cameras..

The rise of facial recognition technology is being tested and spreading in developed democracies after aggressive use in some more authoritarian countries like China.

Other designers have come up with countermeasures like sunglasses that reflect infrared light to blind cameras.

London police recently started using live facial recognition cameras on operational deployments. Last week officers arrested a woman wanted for assault after the cameras picked her out of a street crowd on a busy shopping street. Police say new technology is needed to keep the public safe and images of innocent people are deleted immediately.

Public attitudes to facial recognition technology in Britain appear to be mixed, according to one survey last year, which found most people said they don't know enough about it but nearly half said they should be able to opt out.