IoT devices to use radio signals from your mobile phone 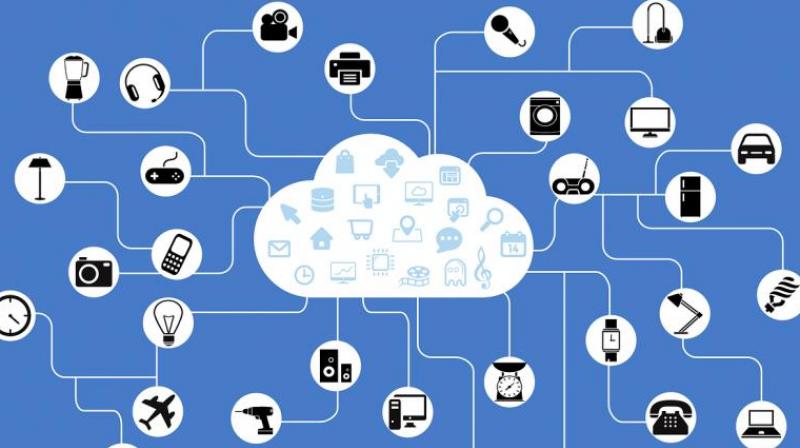 In the bigger picture, it can be implemented in metropolitan areas without the need for new infrastructure requirements, as there’s no dearth of radio waves in such places. (Image: Pixabay)

We live in an age where the idea of being connected is the primary objective of the technology. When the internet came into being, it showed the world the wonders of an ecosystem what a bunch of connected computers can do. The world moved on and adopted the internet as their primary source of gathering information and entertainment. But, with the newer times, the world realised the need for letting the computers talk to each other for specific tasks where there was no need for human intervention. Therefore, the Internet of Things (IoT) came into existence for fulfilling that need. However, embedding even the basic mini computers require a hefty power source to be tagged along, which slows down the implementation of IoT in the wild.

This is where Disney Research, a network of research laboratories from the Walt Disney Group, stepped in with their novel concept meant to give a boost to the implementation of IoT devices quickly – ultra-wideband (UWB) ambient backscatter system. It may sound rocket science but works on the simple principle of borrowing unused stuff lying around. In this case, that unused stuff is wasted radio signals from TV signals and mobile communication bandwidth around us.

"Our idea is to reuse all the radio signals that are around us as a medium for transmitting data, much like sending ripples across a pond," Alanson Sample, associate lab director and leader of Disney Research's Wireless Systems group. The researchers presented details of their UWB ambient backscatter system at the IEEE Conference on Computer Communication, INFOCOM 2017, in Atlanta, Ga.

Generation of radio signals requires a considerable amount of power. In smaller microchip-based computers (sensors), the majority of the power is required for the signal generation instead of microchip operations. If the sensors can use the ambient radio waves for sending the signals, then the need for a major amount of power to send radio signals is completely eradicated, thus aiding quicker implementation of smart, self-communicating devices in our daily lives.

However, the concept of backscatter communication isn’t new. When you are purchasing clothes from an apparel store, you must have seen plastic RFID tags attached to each cloth, which is used to collect all the information about that specific product very quickly. The tags reflect the signal back to the receiver without the need for connection to a power source. The problem with that is its extremely shorter range that couldn’t handle the demanding needs of the IoT devices.

The new tech can boost the signal-to-noise ratio, substantially improving the sensitivity of the backscatter reader and decreasing dead zones. In the bigger picture, it can be implemented in metropolitan areas without the need for new infrastructure requirements, as there’s no dearth of radio waves in such places. Therefore, TV and mobile phone signals can now help mini sensor computers talk to each other, without making a fuss about it. That’s a clever use of abundant and unused resource lying around.