Cards that operate with biometrics, cards that work only when the owner holds it. 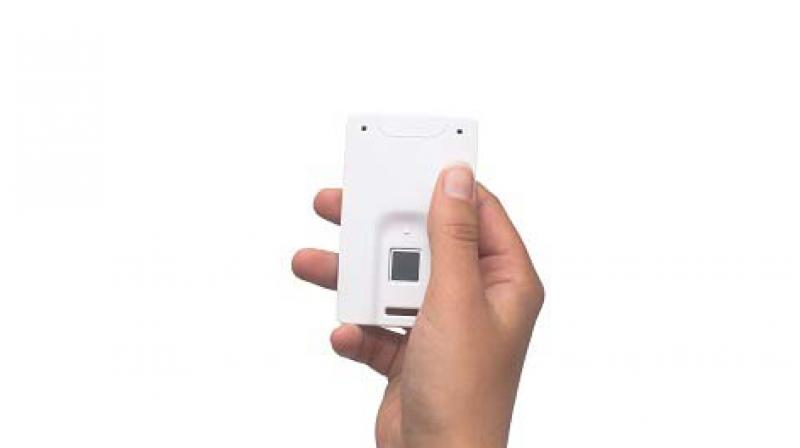 The time cannot be far when a fingerprint and iris scan are necessary as a two-step authentication.

There, after all, might be good news for all credit/debit card holders. The fear of the vital data encrypted on the chip or magnetic strip of the card being stolen or the card cloned could soon disappear.

When the Gen Next cards made by Mastercard get to be used widely, the chances of fraud will come down drastically as the new biometric system combines fingerprints with chip technology, authentication being subject to the user passing the ‘match’ test.

The key is biometrics. This was so blindingly obvious and yet no one saw this early enough to change the way the world uses billions of plastic cards at ATMs and PoSs.

For years, users have been haunted by the possibility of not only losing the data on their cards by clever strategies of data thieves, who seem to be one step ahead regardless of what the world does to protect itself against their machinations, but also of misplacing the cards or losing them altogether. The nuisance value can be imagined if the loss of a card takes place while touring abroad!

There is one other annoying habit of card users that places them at great risk — that of forgetting to take back the card after grabbing the notes that slip out of the ATM. It is reported that the authentication process will take place only if the finger remains on the sensor part of the card. Because of this, the chances of leaving the card behind in the ATM or PoS are that much less. Of course, the confidence that a lost card cannot be used by anyone else thanks to the unique fingerprint of each person, is alone sufficient to banish the fear of accidental loss of a card.

The time cannot be far off when a fingerprint and iris scan may be necessary as a two-step authentication to allow any sale or transaction. That would probably seal it for the genuine users who make up more than 99.9 per cent of card users. There is a tertiary step, which is facial recognition that has now come into some expensive smartphones. But such technology is fanciful and it may take developers years to refine it to such an extent as to make face scanning work for electronic payments.

The irritation of dealing with debits that were not run up by the owner of the card could well be a thing of the past if the fingerprint scanning cards become commonplace. The technology is adequate to keep the thieves busy working on how to get past this hurdle. Use a credit card for a bus ride somewhere in Manhattan and it could haunt you for years as someone uses the data somehow to repeatedly hit the same card at periodic intervals. Use a card at the Kuala Lumpur airport for even an innocent act like buying a bottle of Scotch and your card company would want to replace your card the moment you land back in India for fear it has been cloned when the purchase was made.

Card companies can be quite helpful about waiving unproven debits, but even they are prisoners of the capacity for mischief of the card cloners, the data thieves and the seductive voices of shady BPOs who specialise in phishing scams, luring the unwary into an online maze from which recovery of stolen money is virtually impossible. Can cut if you like

Right now, biometrics is the best bet and any scenario like in Hollywood crime movies of a finger being chopped off to make authentication possible should remain in the realm of the imagination of movie makers. The safest avenue for payments on offer right now is biometrics backed authentication from an encrypted digital template.