Technology   In Other news  08 May 2020  Zoom will enhance security on free accounts too, firm says in deal reached on New York investigation
Technology, In Other news 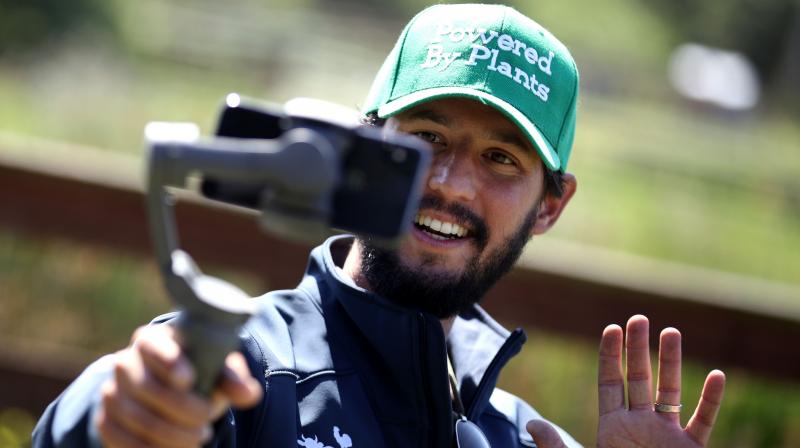 Sweet Farm co-founder Nate Salpeter uses his iPhone to speak to a group during a Zoom meeting on May 1, 2020 in Half Moon Bay, California. The number of daily video meetings on Zoom skyrocketed from 10 million in January to more than 300 million at the end of April. (Photo | AFP)

New York: New York state’s top prosecutor on Thursday announced that the company Zoom would improve security measures, after flaws were detected as the video conferencing platform soared in popularity amid the coronavirus pandemic.

The agreement wraps an investigation launched in March by New York Attorney General Letitia James into vulnerabilities in the California-based company’s software.

In a statement, James said Zoom would institute new security measures for the millions of users using the platform, including enhanced privacy controls.

The number of daily video meetings on Zoom skyrocketed from 10 million in January to more than 300 million at the end of April.

In some cases, pornographic images popped up.

James said Zoom would take steps to prevent those breaches as well as end its user data-sharing partnership with Facebook.

The platform is to improve privacy controls for free accounts—users avoid a monthly fee for meetings 40 minutes and under—along with education accounts for K-12 students.

“Our lives have inexorably changed over the past two months, and while Zoom has provided an invaluable service, it unacceptably did so without critical security protections,” James said in the statement.

“This agreement puts protections in place so that Zoom users have control over their privacy and security.”