Technology   In Other news  08 Jun 2017  Autonomous cars with no human backup could hit the road next year
Technology, In Other news

The companies also plan a similar test in North America and are scouting locations. 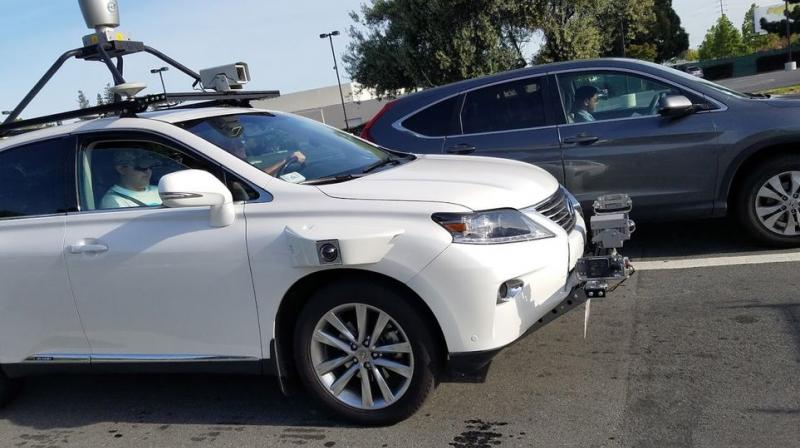 The companies on Wednesday said they plan to combine Delphi's self-driving technology with Transdev's knowledge of mobility operations.

Detroit: Autonomous vehicles with no human backup will be put to the test on publicly traveled roads as early as next year in what may be the first attempt at unassisted autonomous piloting. Automotive electronics and parts maker Delphi and French transport company Transdev plan to use autonomous taxis and a shuttle van to carry passengers on roadways in France.

The companies on Wednesday said they plan to combine Delphi's self-driving technology with Transdev's knowledge of mobility operations. Transdev operates trains, buses, ferries and other transportation services in 19 countries, including the US.

Two on-demand Renault Zoe autonomous taxis will be deployed in Rouen, Normandy, and a shuttle van will run between a rail station and campus in the university district of Paris-Saclay. Both will start with humans on board later this year, with the intent of going fully autonomous sometime in 2018. From the start, the shuttle van won't have a steering wheel or pedals, and humans will be inside solely to communicate with passengers, said Leriche, chief performance officer at Transdev Group.

But humans at a central dispatch center would still be able to take control of the vehicles, said Glen De Vos, Delphi Corp.'s chief technology officer. "We're confident that in the event they would need to intervene, they can," he said.

He believes they'll go through several iterations of self-driving software and systems before the French vehicles are fully operational sometime in 2019.

Transdev plans to gradually spread the technology throughout Paris and other cities that it serves, so the autonomous vehicles will be on roads along with human drivers.

It may take a while for people to trust the vehicles enough to use them, but Leriche said acceptance may not be that hard to get. Transdev has surveyed users in autonomous shuttle tests about the service and quality, and more than 90 per cent were excited about the service. "They were not afraid of the fact that there was no driver," he said.

Bryant Walker Smith, a law professor at the University of South Carolina who tracks self-driving cars, said the Delphi-Transdev project would be among the first to carry passengers on roads without human backup drivers. Similar projects are ramping up in California and the Netherlands, he said.

The partnership comes less than a month after UK-based Delphi joined with BMW, Intel and Mobileye to develop autonomous vehicles. Delphi, which has US operations just outside of Detroit, makes the computing platform that brings together information from the car's sensors, cameras and computers.