Baby cry translator is the breakthrough technology we need

Researchers have built an algorithm that identifies cries that signal pain or sickness. 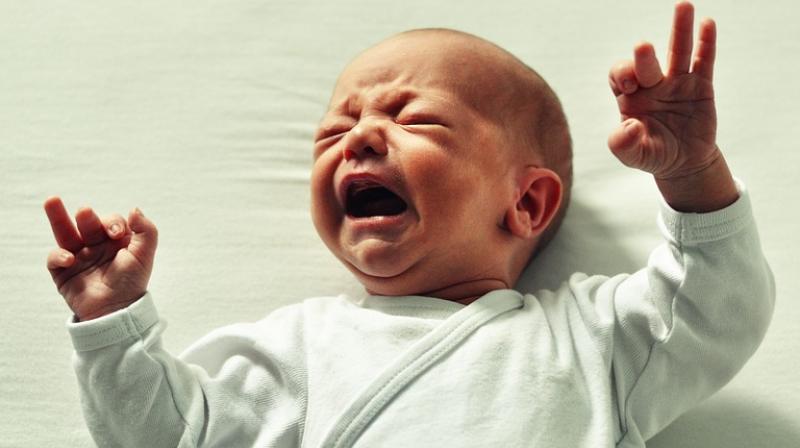 This prompted Liu to set out and identify different attributes of cries that can help mark them as expression of pain or discomfort. (Photo: Pixabay)

Baby cries can be the most hurtful especially for new parents as they are pretty clueless as to what’s troubling their young one. While there are certain clues we can get from cries, the majority of us are left in the dark and more confused than ever when our baby cries. A team of researchers have recently developed a cry translator and with this, millions of parents the world over can collectively breathe a sigh of relief.

As per a report by the Smithsonian, Lichuan Liu, a professor of electrical engineering at Northern Illinois University said, “Experienced nurses or pediatricians can identify why a baby is crying because they have experience.” She goes on to add, “We talked to them, and they mentioned that based on the cry’s sound there are some clues.”
This prompted Liu to set out and identify different attributes of cries that can help mark them as expression of pain or discomfort. These attributes range from pitch and frequency. The researchers then formulated an algorithm based on automatic speech recognition to detect and identify these different features. This “cry language recognition algorithm” has been trained using recordings of babies crying in hospital’s neonatal intensive care unit. The report goes on to state, “It uses compressed sensing, a process that reconstructs a signal based on incomplete data, which is necessary for identifying sounds taking place in noisy environments. It can identify a baby cry against a background of, say, adult speech or loud television sounds or babbling toddlers—that is to say, the actual environments where babies live. By classifying different cry features, like pitch, the algorithm can suggest whether the cry is due to sickness or pain, and identify the degree of urgency.”

The researchers trained professionals assess 48 baby cry recordings for various causes of reasons — hunger, tiredness, gas pain, etc. After which it was compared to their algorithms assessments. The algorithm matched with humans 70 per cent of the time.

Liu is hoping she can tie up with a company to produce a baby cry recognition machine for new parents. Along with her team, Liu has applied for a patent on their technology.

Liu says, “You can figure out why [the baby’s] crying and use appropriate techniques to soothe your baby. Then if it’s something really special, you can understand maybe it’s an emergency.”

Explaining the cries, the Smithsonian says that the so-called ‘uncommon cry signals’ are signs of pain or sickness and are more often than not very high-pitched and extremely loud in comparison to ordinary crying. Picking out these sort of cries are beneficial in hospitals as well as it can help doctors and nurses to rapidly figure out which babies require the attention immediately. They explain that cries can also be used as diagnostic tools for chromosomal abnormalities or to identify issues like colic.

With this being said, detecting human emotions by AI are quite challenging according to Julia Rayz, a professor of computer and information technology at Purdue University. She says, “Think how difficult it is for a human to recognize emotions in somebody that they don’t know. Compare it to how much easier it is to recognize an emotion when we know a person. A computer has to go thought the same thing, except that it usually generalizes the information across populations. So, for somebody who seems like they are smiling in their neutral phase, a computer may say that the person’s face shows a genuine smile—correlation with happiness—while it is not true. Same with unhappiness.”

Liu states that she and her team will continue to perfect the technology for greater accuracy. They will also add more features like the ability to identify and classify movement and facial expression. This would help in providing a detailed reading of a baby’s emotional or physical state. They also hope to begin human trials in the near future as thus far, the algorithm has been tested only on recorded cries.