Technology   In Other news  08 Jul 2020  Facebook and Twitter rejects populate conservative social network of uncensored racism and bigotry
Technology, In Other news

Parler, founded in Nevada in 2018, bills itself as an alternative to “ideological suppression” at other social networks. 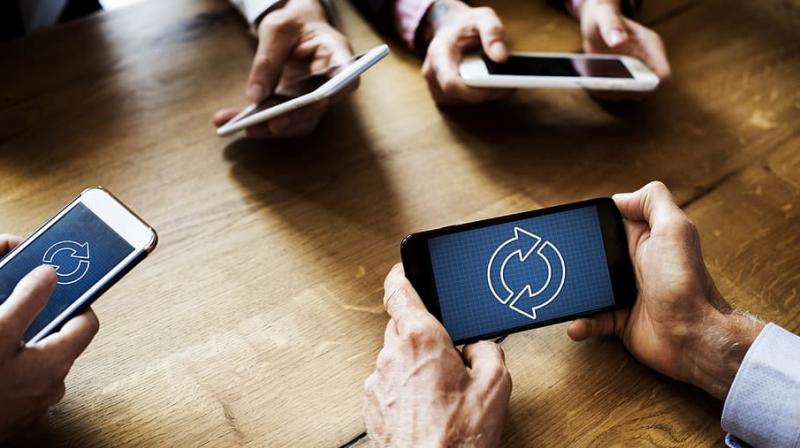 Parler is not the first social platform created over concerns of political bias. It follows the limited success of networks including Gab and Voat which aimed at conservatives feeling out of place on the mainstream platforms. Parler has become home to Republican lawmakers including Senator Rand Paul, and right-wing activists kicked off other social media. Trump’s son Eric is also a member. (Representative Image)

San Francisco: Amid rising turmoil in social media, recently formed social network Parler is gaining with prominent political conservatives who claim their voices are being silenced by Silicon Valley giants.

Parler, founded in Nevada in 2018, bills itself as an alternative to “ideological suppression” at other social networks.

The list of accounts recommended to follow at Parler is packed with conservative Republican politicians and commentators, along with the campaign to re-elect President Donald Trump.

Republican Senator Ted Cruz of Texas said he was a proud new user of Parler because the social network “gets what free speech is all about.”

“Parler was founded on the principle that every individual has the right to speak and be heard,” said an open statement from chief executive John Matze, who co-founded Parler with fellow University of Denver graduate Jared Thomson.

“We reject censors and censorship.”

Parler is not the first social platform created over concerns of political bias. It follows the limited success of networks including Gab and Voat which aimed at conservatives feeling out of place on the mainstream platforms.

But the path to financial success is likely to be challenging for Parler, which is dwarfed by the far larger networks such as Facebook and Twitter.

Silicon Valley firms take in billions in ad revenue each year, despite a growing boycott which mainly targets Facebook over toxic content and “hate” speech.

Matze, who started Parler with funds from friends, told Forbes of a plan to make money by matching advertisers with influential conservatives popular at Parler.

The platform has become home to Republican lawmakers including Senator Rand Paul, and right-wing activists kicked off other social media. Trump’s son Eric is also a member.

But Matze told CNBC he wants to broaden the platform to all political voices and offered a $20,000 “bounty” for an openly liberal pundit with 50,000 followers on Twitter or Facebook.

“Any platform that tries to bill itself as only for conservatives or only for liberals is not going to be successful because conservatives want to talk to liberals, if not antagonize them, and vice versa,” said Shannon McGregor, a professor and social media researcher at the University of North Carolina.

Parler at the moment is “just a blip” on the social media radar, according to McGregor and University of Hartford professor Adam Chiara.

Chiara suggested that Parler is a product of a free market system providing a venue for bigotry, hate and misinformation not welcomed on mainstream social networking platforms.

“If Parler decides that’s what they want on their platform, questionable things like bigoted views, that is the decision the company makes,” Chiara said.

Searches on an array of racist or anti-semitic terms at Parler turned up troves of accounts and comments.

An array of accounts played off “Boogaloo,” a movement promoting a civil war, which was recently banned by Facebook.

Parler’s policies appear to be “daring someone to post something so offensive they will have to pull it down, and they will be in the unenviable position Facebook has been in since 2016,” McGregor said.

No sex, no feces

Parler did not respond to a request for an interview but Matze has outlined the platform’s mission.

“We reject technofascism and those who think they are the sole arbiters of truth,” Matze said in a post aimed at Parler rivals.

Parler’s terms of service, however, state the startup can remove content for “any reason or no reason.” The platform bars pictures of fecal matter, profanity, pornography, obscene user names, male genitalia and female nipples.

“You cannot threaten to kill anyone in the comment section,” Matze said.

Parler also said it bans spam, “terrorist organizations” and “any direct and very personal insult with the intention to stir and upset the recipient” including comments “that would lead to violence.”

“Parler doesn’t seem to necessarily be quite as free as they make themselves out to be,” McGregor said.