Police have stepped up requests on user data to pick up dissidents in the wake of the national security law being enforced. 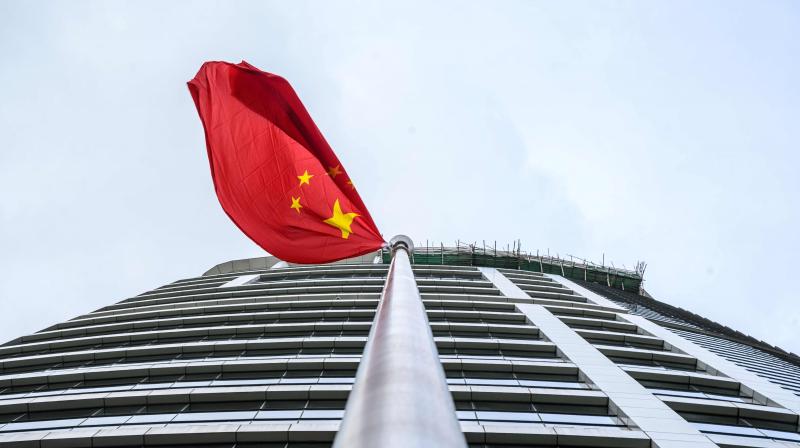 A Chinese flag flutters outside the Office for Safeguarding National Security of the Central People's Government in the Hong Kong Special Administrative Region after its official inauguration in Hong Kong on July 8, 2020. - China opened a new office for its security agents to operate openly in Hong Kong for the first time under a tough new law. The law stipulates that trials can be held behind closed doors without juries, with offenders subject to a maximum of a life sentence. (Photo | AFP)

San Francisco: Microsoft and Zoom on Tuesday joined other major internet firms that have stopped considering requests by Hong Kong’s government for information on users in the wake of China’s imposition of a sweeping new security law.

Microsoft and Zoom said they are pausing consideration of data requests by officials or police in Hong Kong, a precaution also taken by Facebook, Google and Twitter.

“As we would with any new legislation, we are reviewing the new law to understand its implications,” Microsoft said in response to an AFP inquiry.

“In the past, we’ve typically received only a relatively small number of requests from Hong Kong authorities, but we are pausing our responses to these requests as we conduct our review.”

Zoom a video-conferencing platform that has boom during the pandemic, said it is monitoring developments in Hong Kong and looking for guidance from the US government.

“Zoom supports the free and open exchange of thoughts and ideas,” the company said.

“We have paused processing any data requests from, and related to, Hong Kong SAR.”

The pause at leading online social network Facebook and its popular messaging service WhatsApp will remain in place “pending further assessment” of the new national security law, and include “formal human rights due diligence and consultations with human rights experts,” according to the Silicon Valley giant.

“We believe freedom of expression is a fundamental human right and support the right of people to express themselves without fear for their safety or other repercussions,” the spokesman said.

Twitter and Google told AFP that they too would not comply with information requests by Hong Kong authorities in the immediate future.

China last week imposed the security law on the city of around 7.5 million people, banning acts of subversion, secession, terrorism and collusion with foreign forces.

The law stipulates that trials can be held behind closed doors without juries, with offenders subject to a maximum of a life sentence.

The legislation, which has sent a wave of fear through the territory, has criminalised dissenting opinions such as calls for independence or autonomy.