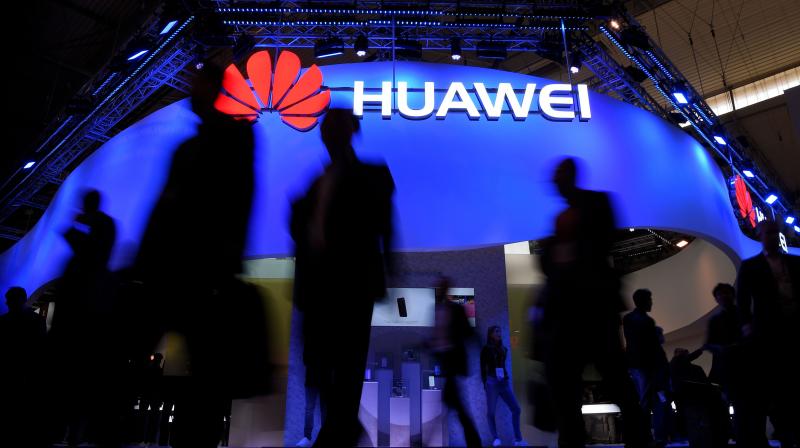 Washington cut off Huawei’s access to US components and technology including Google’s music and other smartphone services last year. Those restrictions were tightened in May when the White House barred vendors worldwide from using US technology to produce components for Huawei. (Photo | AFP)

Beijing: Chinese telecom giant Huawei said production of its most advanced smartphone chips would stop in September due to US sanctions, causing a “huge loss”.

Huawei—the world’s biggest producer of telecoms networking equipment—has become a pivotal issue in the geopolitical standoff between Beijing and Washington, which claims the firm poses a significant cybersecurity threat.

Huawei CEO Yu Chengdong told a tech industry forum on Friday that production of the company’s high-end Kirin 9000 chipset would stop from September 15, due to US sanctions.

Washington cut off Huawei’s access to US components and technology including Google’s music and other smartphone services last year.

Those restrictions were tightened in May when the White House barred vendors worldwide from using US technology to produce components for Huawei.

Taiwan Semiconductor Manufacturing Co. (TSMC) which has been making Kirin 9000 chips using US equipment has stopped taking orders from Huawei since May, fearing possible repercussions.

Huawei does not have the capacity to manufacture the chips, which were used in its high-end smartphones.

“Huawei’s mobile phones have no chip supply, which makes our shipment volume this year a little less than 240 million units (shipped last year),” Yu said. “This is a huge loss for us.”

Washington has also waged a diplomatic campaign to isolate the Chinese company, which has emerged as a front-runner in the global race to roll out 5G telecom infrastructure.

The British government bowed to growing US pressure and pledged earlier this month to remove Huawei from its 5G network by 2027, despite warnings of retaliation from Beijing.

Australia and Japan have also taken steps to block or restrict the Chinese company’s participation in their 5G rollouts, while European telecoms operators including Norway’s Telenor and Sweden’s Telia have passed over Huawei as a supplier.