The blackout across entire northern island of Hokkaido after a powerful earthquake showed the weak link in all the technology. 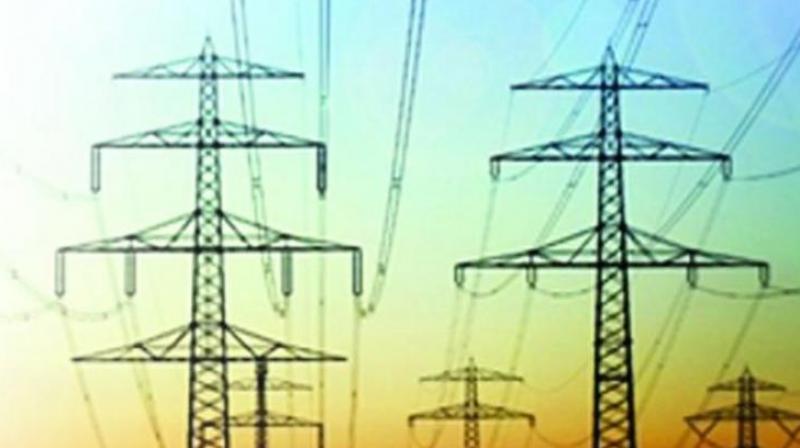 The magnitude 6.7 quake on Hokkaido’s southern coast knocked out power to nearly all 3 million households on the island. (Representational image)

The blackout across entire northern island of Hokkaido after a powerful earthquake struck on September 6 showed the weak link in all that technology.

It’s a problem shared by most affluent, and increasingly many other countries, but seems more apparent in this seismically overactive nation, where earthquakes and tsunamis are a constant threat and even the high-tech toilets have electronic flushes.

The magnitude 6.7 quake on Hokkaido’s southern coast knocked out power to nearly all 3 million households on the island, forcing essential services such as hospitals and traffic lights to use generators or other backups. Damage to some generators was likely to delay the full restoration of power for more than a week, officials said.

On September 7, with power restored to about half of all Hokkaido households, Industry Minister Hiroshige Seko urged residents to conserve electricity.

“Unplug appliances. Families should try to all stay in one room,” he said. “That can help us more quickly restore power in more places.”

The vulnerability of the electric grid was driven home most painfully in 2011 by a massive earthquake and tsunami on the northeastern coast of the main island of Honshu, and subsequent meltdowns at the Fukushima Dai-Ichi nuclear power plant. Shutdowns of reactors for safety checks put a chunk of Japan’s power generating capacity out of commission — straining supplies in this resource scarce nation.

Some 3 million households on Hokkaido, whose power supplies generally are only based on the island, were without electricity for nearly a whole day after the quake. After a long, dark night a large share of the lights were back on early Friday in the prefectural capital of Sapporo, a city of 1.9 million.

Without power, most tap water systems didn’t work. Traffic and street lights were dark and cellphones ran out of power. Some landlines were also silenced, though public phones were working — for free, carrier NTT said.

Hokkaido Electric Power, or HEPCO, said the large-capacity Tomato Atsuma power plant — source of most power to the region and located relatively close to the quake’s epicenter — will take about a week to restart. As a stopgap, the company restarted three other plants with less generating capacity and switched on dozens of small hydroelectric plants.

Officials at METI, the Ministry of Economy, Trade and Industry, which is in charge, told reporters the utility lacked a contingency plan for the failure of all three of Tomato Atsuma’s generators — echoing the lack of emergency planning that caused massive problems at the Fukushima plant. HEPCO had only anticipated the possible loss of up to a third of peak power demand, or up to 1.3 million kilowatts, they said.

Likely mindful of complaints over the handling of the aftermath of the 2011 disaster by Tokyo Electric Power, operator of the Fukushima plant, the industry minister, Hiroshige Seko, ordered HEPCO to be sure to provide quick and thorough updates.

Japan’s nuclear regulator said that external power was restored at Tomari, Hokkaido’s only nuclear power plant, after it temporarily switched September 6 to backup generators to power cooling systems for spent fuel from its three reactors.

The Nuclear Regulation Authority said there was no abnormality at the plant, which has been idled since 2012 for routine safety checks, its reactors emptied of fuel.

Hokkaido Electric says the island’s average peak demand is about 3.8 million kilowatts. By drawing on secondary generators and possibly importing power from elsewhere in Japan, the utility said it could provide about 2.9 million kilowatts of power even if Tomato Atsuma remained offline.

Like many tough residents used to Hokkaido’s long, harsh winters, Norio Oikawa was looking on the bright side. His home in Sapporo had no power by early Friday, and he was rationing the water he managed to store in his bathtub before his taps went dry.

“There is a park nearby, with a toilet and running water. So, that’s a great help,” he said.