This 3D printed machine will give you a painless death

The Sarco machine, a 3D-printed pod aims to give terminally ill patients a painless death under the eyes of a doctor. 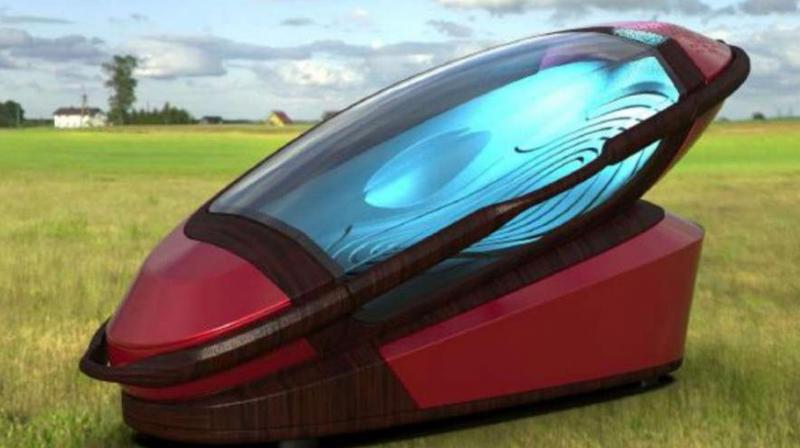 Physician-assisted suicide has always been a controversial topic, but that hasn’t refrained technology from innovating the practice, which remains prohibited in almost all parts of the world.

The Sarco machine, a 3D-printed pod aims to give terminally ill patients a painless death under the eyes of a doctor.

The pod has been the brainchild of Dr. Philip Nitschke, an Australian physician based in the Netherlands. The machine appears to be like a futuristic pod at least from the renderings showcased by the organisation. It can be 3D-printed anywhere in the world with the necessary equipment, which will allow it to bring to places that might not be receptive of its import.

Potential patients will have to go through an online test to prove they totally understand the implications of their decision to end their life. According to Newsweek, the chamber fills itself with liquid nitrogen after the process is initiated. The oxygen in the tank would then decline to levels below five per cent, resulting in rendering the patient unconscious within a minute and ending their life in the next few minutes.

Exit International claims the Sarco is scheduled to become "widely available next year," according to Newsweek, and said the machine would potentially be licensed to clinics in Switzerland.

Philip Nitschke has been performing "aid-in-dying" procedures since 1996 and is also the first to administer the treatment legitimately. The practice is illegal in the US, however few states including California, Oregon, Vermont, Colorado and Washington allow it.