The rise of data and the end of passive content 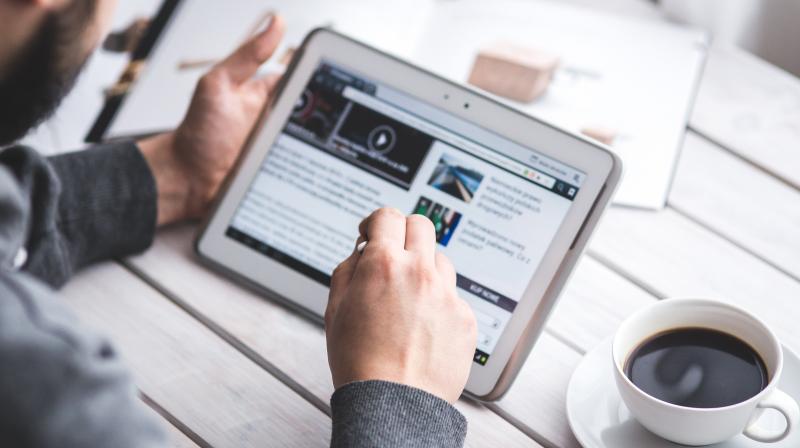 There is a universe of user-generated content out there which — if filtered correctly — can provide relevant and interesting news efficiently and quickly. (Photo: Pexels)

Neil Postman’s famous talk on “Amusing Ourselves to Death” compared the dystopian speculations of Orwell’s “1984” and Huxley’s “Brave New World”, ultimately concluding that the latter has become a more accurate model of today’s reality. The argument goes that we are, in the free world, not limited by state control of information, but inundated by a surfeit of data and information that we hardly know what to do with. It is not the lack of data that bores us, but an excess that overwhelms us.

The Internet has changed the way readers consume content, and made this an even bigger problem since Postman’s thesis from over 30 years ago.

Gone are the days when readers used to rely on television and newspapers for content. There is no longer a struggle to find good content; rather, we have an entire universe of content at our fingertips, and it’s a matter of sieving through mountains of information. For readers, it's about choosing which flavor they’d like the most in a bag full of chocolates.

According to “Statista”, the number of Internet users went from being 1.02 billion in 2005 to 3.58 billion in 2017. 1.2 billion users are added to the Internet every six years. While the volume of content being presented to these users is increasing exponentially, it's also important to realise that the Internet gives readers options to filter, control and select content according to their preference. This is only going to get more refined with the advent of AI, as voice, video and images become searchable.

When we talk about content, it could mean any piece of creative, text, video or audio — even a simple display ad showing a “50 per cent discount on Pizzas” is content.

Readers are savvy, and consume content via news publishers by choosing filters such as sections, cities and topics. For example, a user that loves reading about cryptocurrency would access the finance section on a news website and select a category for crypto news. But what if this process were automated? What if that you as a reader simply accessed a news website and were already able to see cryptocurrency content being provided to you based on your reading habits, like what Quora does, or how social media feeds work?

We live in a world where automation plays a key role by reducing human effort. Everything that we need happens with a click of a button, be it booking taxis, ordering food or shopping. We no longer fear in the machine knowing all about us, rather we rely on the machine adapting to our habits. Is this how we create Skynet?

There is a universe of user-generated content out there which — if filtered correctly — can provide relevant and interesting news efficiently and quickly.

A 2016 article on the New York Times stated the average amount of time users spend each day on the Facebook, Instagram and Messenger platforms (and that’s not counting the popular messaging app WhatsApp) is 50 minutes. Maybe that doesn’t sound like so much, but there are only 24 hours in a day, and the average person sleeps for eight of them. That means more than one-sixteenth of the average user’s waking time is spent on a Facebook-owned platform.

Readers love going through what other users talk about. We love reading what are friends are up to, the articles they share and so many breaking stories were really disseminated through social media such as “Osama Bin Laden's death”, “Arab Spring”, etc.

Before we discuss the #DeleteFacebook movement, let us not forget that even this is being marketed via Facebook and other social media platforms. Social media is here to stay.

Gear up for very exciting times ahead — you’re soon going to live in a world where you can have the cake and eat it too.