Technology   In Other news  09 Apr 2019  Fiat Chrysler to pay Tesla hundreds of millions of euros to pool fleet
Technology, In Other news 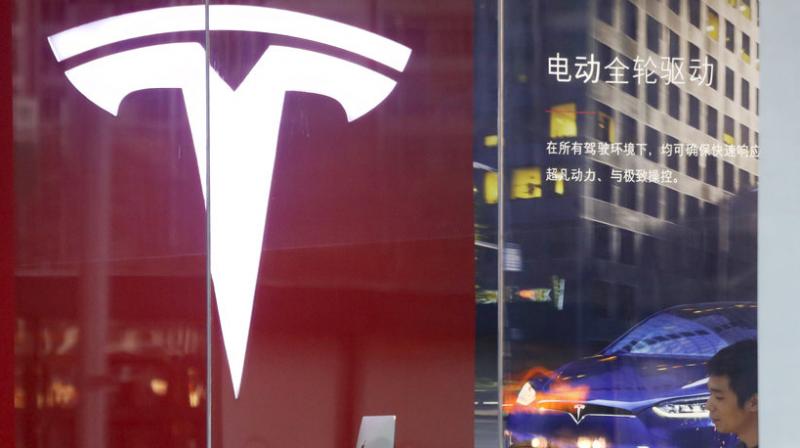 Tesla has made over USD 1 billion in the last three years by selling emissions credits in the United States. (Photo-AP)

The step will let the Italian carmaker offset carbon dioxide emissions from its cars against Tesla’s, bringing down its average emissions of the greenhouse gas to a permissible level, according to the Financial Times, which was first to report the agreement.

The report did not mention exactly how much Fiat Chrysler has agreed to pay Tesla.

Tesla did not respond to requests for comment on Sunday.

Tesla has made over USD 1 billion in the last three years by selling emissions credits in the United States, according to its annual report to the US Securities and Exchange Commission. Regulations allow a manufacturer of zero-emission vehicles to earn credits and sell excess credits to other manufacturers.

The credits in the past have buoyed the Palo Alto, California company’s earnings, allowing it to post quarterly profits when otherwise it would have posted a loss.

Tesla recently began delivering its new Model 3 to international markets in China and Europe. However, the company’s deliveries fell in the first quarter as they struggled with these shipments due to longer transit times.

FCA formed an open pool with Tesla on Feb. 25, the FT said, citing a declaration with the European Commission.

In a statement, Fiat Chrysler did not directly address the amount that it would pay but added it would “optimise the options for compliance that the regulations offer.”

“FCA is committed to reducing the emissions of all our products...The purchasing pool provides flexibility to deliver products our customers are willing to buy while managing compliance with the lowest cost approach,” FCA added in its statement.